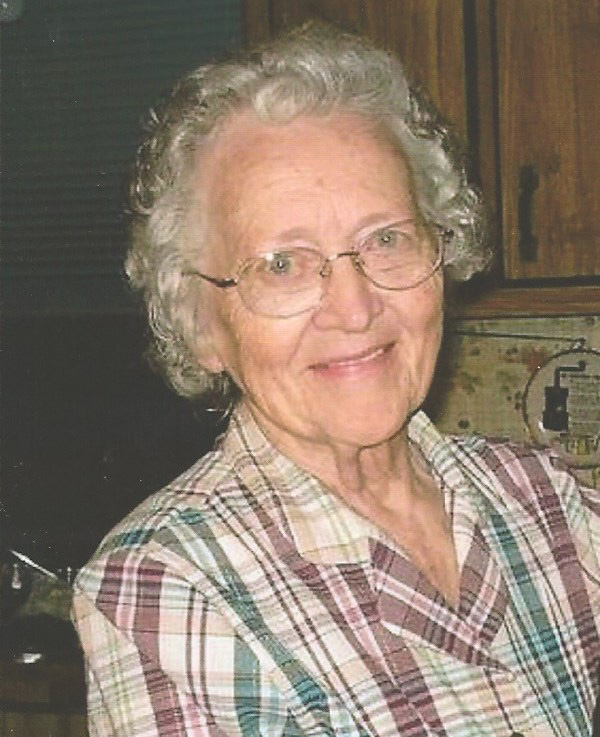 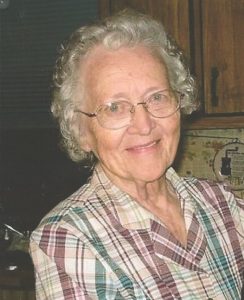 Born at Knox City, Missouri, on September 15, 1921, Diamond Doris was the daughter of Howard Otho and Eva Ellen Goodwin Walter.

Doris received her education at the Vice Rural School, northeast of Edina, Missouri.  She and her husband lived in rural Knox City, Missouri, where they were engaged in farming and raising livestock.  Doris enjoyed gardening, cooking playing the organ and spending time with her family.  She was a member of the Knox City Baptist Church.

Visitation will be held after 4 p.m. Saturday, October 3, 2015, with family receiving friends from 6 p.m. to 8 p.m. in the Hudson-Rimer Funeral Home in Edina, MO.

Funeral services will be held 1 p.m. Sunday, October 4, 2015, in the Hudson-Rimer Funeral Home in Edina, Missouri with Reverend Doug Wilson officiating services.  Burial will be in the Colony Cemetery.

Musical selections will be Sweet Bye and Bye, Great Speckled Bird, Suppertime, and Bring It On Home.