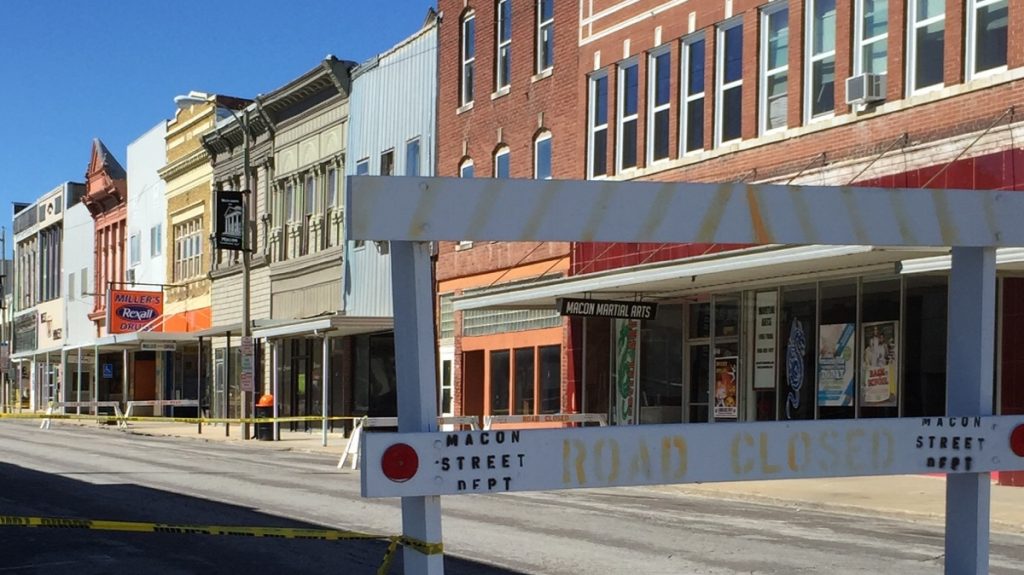 On Wedensday, September 30, 2015, an obvious structural issue was brought to the attention of city authorities.

According to Chief Steve Olinger, there is concern about safety in the area of the 100 block of Vine Street downtown. Due to these concerns, police are temporarily discouraging citizens from being present in the area by limiting pedestrian traffic, not allowing parking on either side of the street and blocking both lanes of traffic from use. ” We understand this is an inconvenience for many, however, due to safety issues we feel the public needs to stay clear of the area until the problems are further addressed.”

Olinger also says traffic to the alleyway on the North side of Vine behind the buildings of concern is also being blocked off for safety reasons. Any person with concerns is asked to address the issue with Chief Olinger at the Macon Police Department during business hours of 8:00am – 4:00pm at 660-385-2195.