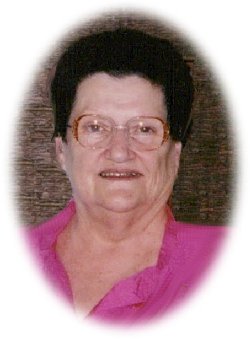 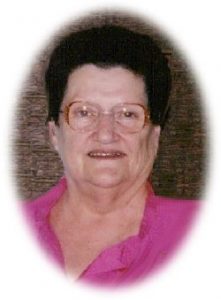 Laura was born in Edina, Missouri, on November 13, 1929, the daughter of Floyd and Ruth Stutsman Haines.

She grew up on Edina, Missouri, and attended the Edina Elementary and High Schools and the Edina Methodist Church.

After her school years, she worked at the Wells Lamont Glove Factory in Edina, Missouri, while there she met a young man, Nelson Parrish, of Knox City, Missouri. On October 6, 1950, in Edina, Missouri, they were united in marriage by the Reverend Tate and to this union two sons were born, Douglas and David.

They made their home in Edina, then in Ft. Madison and Burlington, Iowa where Nelson worked for the Santa Fe Railroad. After living in Iowa, the couple moved to northern Illinois, first in Richmond, then to Woodstock, Illinois, eventually settling in Crystal Lake, Illinois where they lived until their retirement and moved back to LaBelle, Missouri in 2000.

Laura was a loving wife, mother, and grandmother. She was an accomplished seamstress, fantastic cook, loved her family, reading, yard sales and mostly family get togethers.

She was preceded in death by her parents, Floy and Ruth Haines; a sister, Esther Hirner and a brother; George Haines.

An expression of sympathy in memory of Laura Parrish may be left to the Knox County Public Library. A memorial may be left at or mailed to the Doss Funeral Home 208 N. 4th Street, Edina, Missouri 63537.