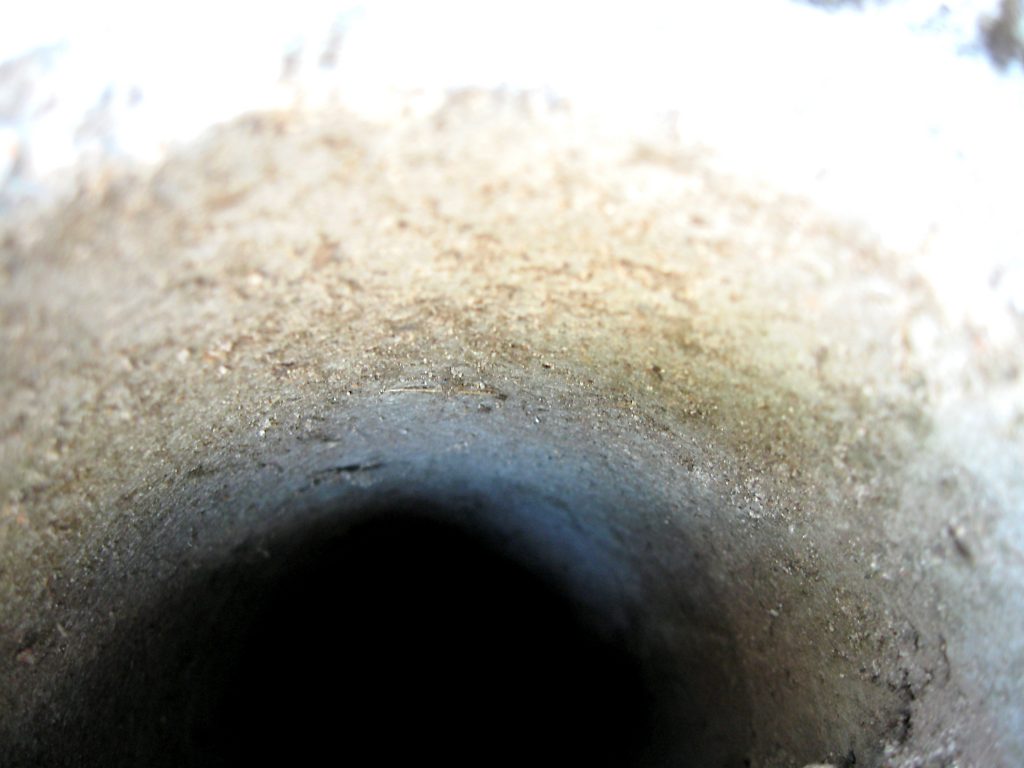 Much of Kahoka’s sanitary sewer system was installed as a public works program following the Great Depression, according to Mayor Jerry Webber. As the system ages, it becomes more prone to inflow and infiltration (I&I), which means additional fresh water enters the system. In heavy rains, it causes the sanitary sewer system to overflow and discharge untreated waste into the environment.

The city has been cited by the Missouri Department of Natural Resources for continued I&I problems over the past several years.

“Every city has these problems,” Barry Howell of Visu-Sewer told the Board of Aldermen at a special meeting on Tuesday, November 10.

Visu-Sewer was hired by the city last year, and completed an inspection of roughly half of the city’s sewer system this year, and will finish next year. They ran cameras through the sewer lines to determine the condition and repairs needed.

Repairs can be made in three ways: Point Repair, Grouting, and CIPP lining.

For Point Repairs, city crews will dig up an replace sections of collapsed pipe.

Grouting uses an acrylic compound which is pumped under pressure to fill voids around the outside of the pipe, forming a stable, waterproof collar to keep water out.

The third process CIPP lining, uses a specially treated piper liner which is installed to repair the pipes.

CIPP means “cured in place pipe”. After the installation process where the liner is blown into place, it is cured and hardened by blowing steam though. The pipe is then sealed, and crews have to use robotic tools to cut out the necessary connections to every house.

Howell presented an extensive review of the city’s I&I problems, noting problems and solutions in 291 segments.

“I think a lot of I&I is coming from your manholes”, he said. He recommended grouting 56 manholes, which would form a seal around the outside, preventing water from entering.

The second step would be grouting of pipes and laterals (laterals are the connections from the sewer system to the homes). Howell said it was common practice that when laterals were installed into clay tile pipe, the hole was just “knocked in it” with a hammer, and sealed with cement. Grouting would seal those leaks.

The third step would be to line the remaining pipe using the CIPP process.

The estimated cost for the project, which only covers the portion of the city already reviewed, is $813,636.99.

“How do we start on this?” Howell asked. “The same way you eat an elephant. One bite at a time.”

The city will have the opportunity to spread the project over several years, and take the steps they can afford to take each year.

“It’s a lot of money, and that scares me,” Webber said.

At this point, the board has not proposed any water and sewer rate changes, although they are looking at that possibility.

Will these repairs prevent sewer backups into residents’ basements?

As to the question, that is a yes and no answer. The rehab and cleaning/inspection work is intended to rehabilitate the system. This includes stopping inflows of fresh water into the system that are then unnecessarily treated (costing the city money), and to structurally repair the system as needed. Overflows of the system are reported to Missouri DNR. So, the “yes” answer is if the system is rehabilitated properly, we will reduce inflows, reduce overflows, and save the city money. The “no” answer is if a sewer lateral is installed by the homeowner on a “negative grade”, i.e. it slopes downhill to the house (from the main) instead of downhill to the sewer main (from the house), backflows and flooding can still happen (this is not the city’s fault). Also, if the basement leaks because of foundation problems, this work will not address these problems.

In other business at the special meeting, the council:

-Accepted a bid from Richard Electric for lift station repairs and controls, in the amount of $11,800. 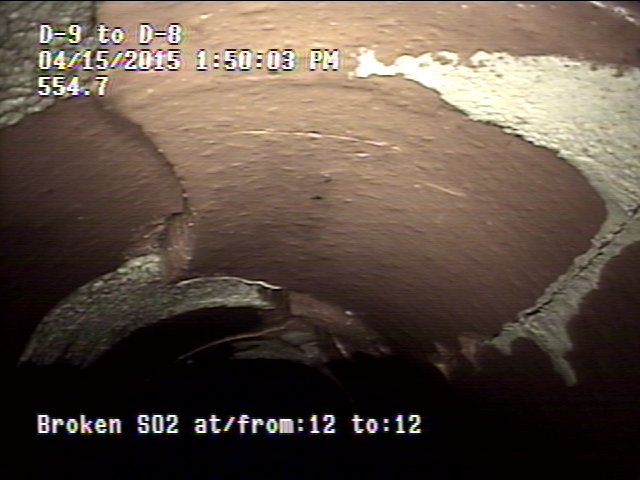 Photo of a broken pipe 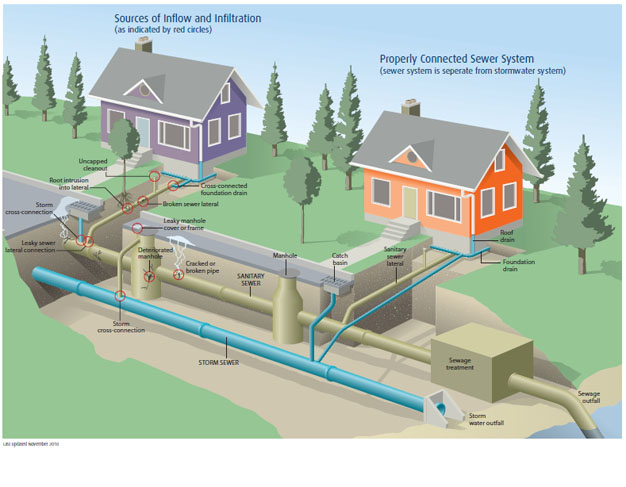 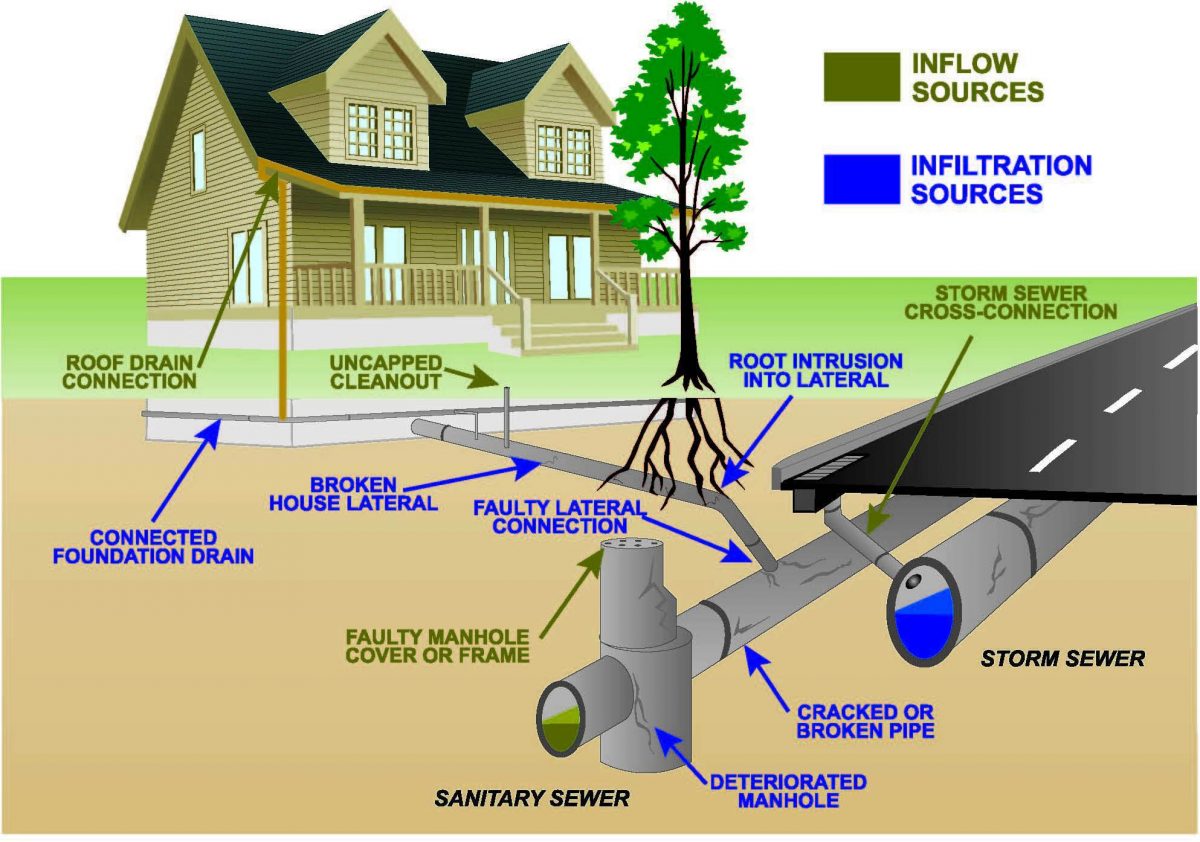 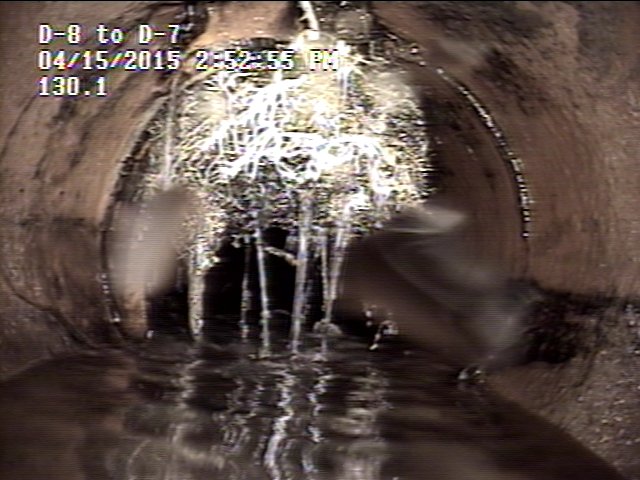 Video of a broken pipe

Video of a good, clean pipe