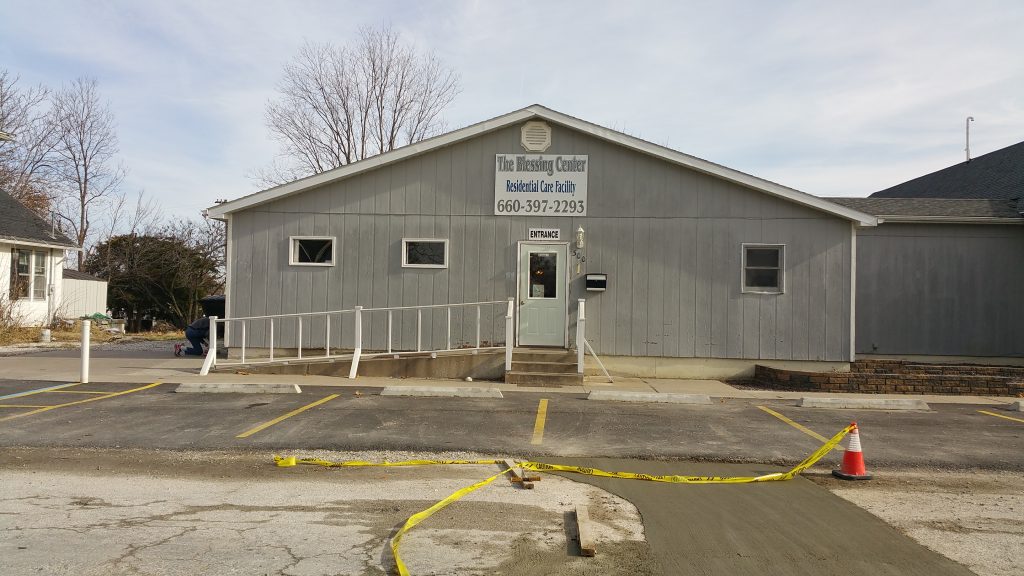 According to an employee of The Blessing Center, shocking allegations about the residential care facility have recently been made to the Knox County Health Department.

The Blessing Center, located in Edina, is licensed to house up to 51 clients through the Missouri Department of Health and Senior Services. The facility caters mainly to people diagnosed with some form of mental illness.

We have agreed to keep the identity of our source, the employee/whistleblower, confidential.

The source alleges: the facility is plagued by mold, patient rooms located in the basement are often flooded by rainwater, physical fights between patients happen regularly at the facility and go mostly unreported to local law enforcement, complaints by patients about not getting enough food or feeling cold because of a lack of heat are not dealt with, and, most recently, a bedbug infestation has been allowed to spread throughout the facility after improper and unsuccessful containment attempts of the pests were made by the facility’s administration.

The source turned to The Edina Sentinel after attempting to file various complaints through the Knox County Health Department and presented us with their story, which included two pieces of evidence supporting their claims.

The first piece of that evidence is a two-minute video the source claims to have taken at The Blessing Center. According to the source, the video was recorded inside the facility, outside a bedbug-infested patient room. The video shows a plastic sheet meagerly duct taped around the outside of a doorway and it clearly shows bedbugs have made it outside of the barrier and into the hallway of the building, confirming the bedbug situation is not contained to one or even two patient rooms. According to the source, the video was recorded in mid-November – several days after the bedbug infestation was allegedly discovered.

The second piece of evidence is a photo of a wet floor. According to the source, the floor shown in the photo is located in the basement of the facility and was taken after a recent rainstorm, also in mid-November, showing flooding in the basement. 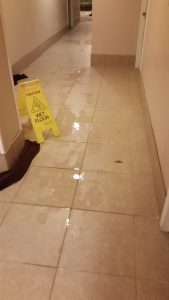 Below is a list of claims the source has made:

“The basement floods every time it rains. It goes into their rooms. There are 23 (patients) downstairs,” said the source.

“They’ve had problems with mold. They think putting new tile down is going to cover it up. They didn’t do anything about it,” said the source.

“There are always fights. I just had to pull two people apart. There’s always physical fights. The police hardly ever come,” said the source.

“It’s bad. It needs to be shut down, honestly,” said the source.

About the bedbug infestation, the source alleges that patients are being kept from being transported to and from another facility – to keep the problem from spreading, but nothing was done to alert surrounding businesses or public places about the bedbug problem and patients were allowed to roam freely throughout Edina.

“They are not able to go to (another facility). But he’s letting them out into the places around town,” said the source.

Williams insinuated the bedbugs were brought into The Blessing Center from a local thrift store, The Clothes Closet, and there is a rampant bedbug problem throughout Knox County. We were unable to independently confirm his claims.

According to a representative of The Clothes Closet, no one else has reported bringing home bedbugs from secondhand merchandise purchased at the store.

According to a representative of the Knox County Health Department, Williams’ claims of bedbugs being rampant in Knox County are unfounded.

“I don’t have any reports of rampant bedbugs in Knox County. We’ve had community inquiries about bedbugs at The Blessing Center,” said Knox County Health Department Administrator Lori Moots-Clair. “If there were reports of bed bugs all over Knox County, I would know it.”

According to Moots-Clair, the only communications she’s had regarding bedbugs have been with this particular situation.

“We’re doing everything we can do. We’ve got the exterminators coming. We’re using alcohol, rubbing alcohol. We used a powder that dries them out and kills them,” said Williams. “Reliable (Pest Solutions) came and checked. They are in two rooms.”

We could not confirm this information through Reliable Pest Solutions out of Hannibal, MO, because the company keeps client information confidential.

Williams discussed at great length his plans for the future of the facility, as far as bedbugs are concerned, including proactive measures he plans to take to keep bedbugs from entering the facility.

According to Williams the facility will eventually build a “hot box” which will be used to heat all of the belongings of incoming patients, which would kill bedbugs at any stage. A hot box is a large box that is heated to between 120 and 130 degrees.

The Administrator also said the facility will eventually own their own equipment to treat a bedbug infestation themselves, which, over time, will save them a great deal of money as bedbug problems are common in residential care facilities like The Blessing Center.

The Knox County Health Department is taking proactive measures to alert members of the community about how to look for bedbugs and what to do if any bedbugs are detected.

The following link has been provided to give people information about what bedbugs are, how they are spread and treated.

Click HERE to watch an informational video about bedbugs published by the University of Missouri Extension.

According to Moots-Clair, the Knox County Health Department has no jurisdiction over residential care facilities because those facilities are licensed by the State. Complaints about an RCF should be fielded through the Missouri Department of Health and Senior Services.

“The Knox County Health Department has not verified any cases of bedbugs in Knox County. The only communication regarding bed bugs that we have had is regarding this situation. We are launching some educational material on our website regarding bed bugs and encourage the community to be vigilant in identifying and using professional pest companies to control any problems identified,” said Moots-Clair.

The Blessing Center in Edina is not affiliated with the Blessing Hospital in Quincy, IL.