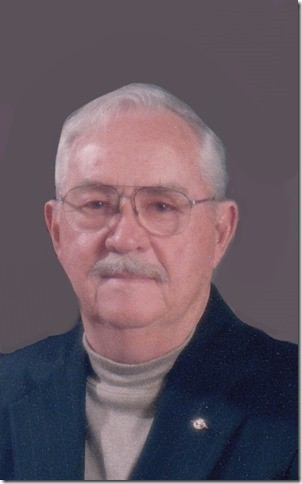 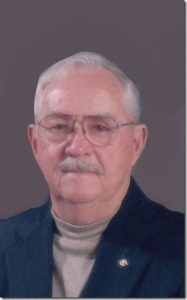 Robert was born March 26, 1927 in Fairmont, MO, the only child of Herbert and Marjorie Perry Lipper.
Robert joined the Navy in his senior year at Wyaconda High School, and was awarded his diploma while in Navy basic training in Great Lakes, IL. After three yeas of service, he took his discharge from the Navy, and returned to Missouri. He and Glenna Bourgeois, also of Wyaconda, eloped on September 9, 1949 and were married in Carthage, IL.

He was preceded in death by his parents and brother-in-law, Noel Wayne Brookhart.
Fresh out of the Navy, Robert learned to fly and, with a friend, bought an airplane. Some wise person observed that if he were going to own an airplane, it’d be nice to know how to keep one flying! So off he went to aircraft maintenance school in Galesburg, IL.

Robert and Glenna traveled with his career as an FAA certified aircraft mechanic from Illinois to Arizona to Oklahoma to Alabama. Chuck was born in Tucson, AZ where Robert lead a team of mechanics returning B29s to service for the Korean war, and maintaining B36 and B47 nuclear bombers for the Strategic Air Command at Davis Monthan AFB. An opportunity with the Army’s Aviation School took them to Fort Sill, OK then on to Camp Rucker, AL, which was about to become Fort Rucker, the new, permanent home of the Army Aviation Center. Steve was born not long after they arrived. Robert and his team were involved in all aspects of the very early development of helicopters for military use, including maintenance regimens, crew safety and offensive armament, and received written commendations from Rucker’s commanding general.

Robert became a successful small businessman in a field unrelated to aviation but never lost his love for all things “flying”: from early in his career until now, Robert has always owned at least one airplane; he has restored several antique aircraft and built several experimental aircraft from plans. But in it all, from his Army helicopter pilot buddies to his fellow board members at the Antique Airplane Association to close friends he’s made through the Missouri Pilots’ Association, his stories, tales and memories are of the men –and women – who flew with him. He loved writing the newsletter for the Glenn Wiley Chapter of the MPA.

Robert and Glenna’s annual fly-in at their farm often drew thirty aircraft, and the breakfast affair always seemed to turn into lunch. And dinner.

In 2007 he received “The Wright Brothers ‘Master Pilot’ Award” and “The Charles Taylor ‘Master Mechanic’ Award” by the FAA, an honor reserved for those practicing and promoting safe aircraft flight operations for 50 consecutive years. And, yes, all this enthusiasm was contagious: Chuck earned his pilots license at 17 and Steve holds commercial pilot, advanced and instrument ground instructor and A&P mechanic certifications.

Robert was a member with Glenna of the Wyaconda Baptist Church, and actively supported Glenna in her 13-year role on the board of the Missouri Baptist Children’s Home in St. Louis.

Funeral services were held Saturday, November 28, 2015 at 10 a.m. at Wilson Funeral Home in Kahoka with Pastor James Leezer officiating and readings by Mr. Rock Schaller. Special music was “Where the Roses Never Fade”, “Beyond the Sunset”, “Blessings”, and “I’ll Fly Away”.

Visitation was held at Wilson Funeral Home after 1 p.m. on Friday with family receiving friends from 6-8 p.m.

Memorials are suggested to the Wyaconda Rural Fire Department, the Missouri Baptist Children’s Home, or the Pheasant Aircraft Building Fund.