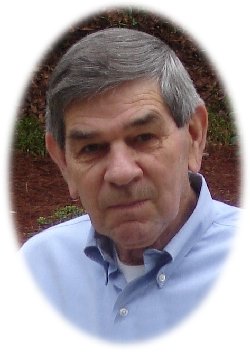 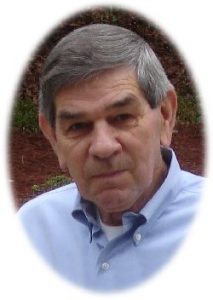 Judge Lewis was born on August 1, 1941 in Reynolds County, Missouri, near the boot heel, the son of Oliver and Dolly Barnes Lewis.

The Lewis family moved to Jennings, Missouri, where Garry started working at 12 years old, and graduated high school.  Garry graduated from the University of Missouri with a degree in Agriculture then worked for several years for Wilson Meat Packing and ARINC Communications in Cedar Rapids, Iowa, where he met Connie Chaffin.

Garry and Connie were married in Cedar Rapids, Iowa, on December 24, 1969, and moved to Columbia where Garry worked his way through law school, graduating in 1971.  Garry’s first job as an attorney was with Buzz Adams in Kirksville. Garry later opened a solo practice, sharing space in the Grimm Building in Kirksville with attorney Michael Mulford, who remains a close family friend.

Garry became “The Judge” in 1978 when he was appointed to the position of Associate Circuit Judge in Edina, Missouri by Governor Joseph Teasdale, and the Lewis family made Edina their home.

Judge Lewis remained in that position until his retirement in 2006, serving Adair, Knox, and Lewis Counties, and dispensed his brand of rural justice when he served temporary assignments in St. Louis County.

In his retirement, Judge Lewis served as a Senior Judge, enjoyed watching football and basketball, and often traveled to Georgia to visit his son, Brian, daughter-in-law Kay, and grandson Sam.

Judge Lewis was also an avid horseman, raising and training American Quarter Horses over three decades; many of his horses went on to long careers as rodeo and police horses, though a few made early trips to the glue factory, proving that even the Judge could not cause some horses to drink.

Judge Lewis was preceded in death by his parents, Dolly and Oliver Lewis; his nephew, Gary Lewis, and his wife, Connie Lewis, beloved educator in Knox County and Brashear schools.

Visitation will be after 12:00 noon on Wednesday, December 2, 2015, with the family receiving friends up to service time.

Private family graveside services will be held at the Park View Memorial Gardens in Kirksville, Missouri.