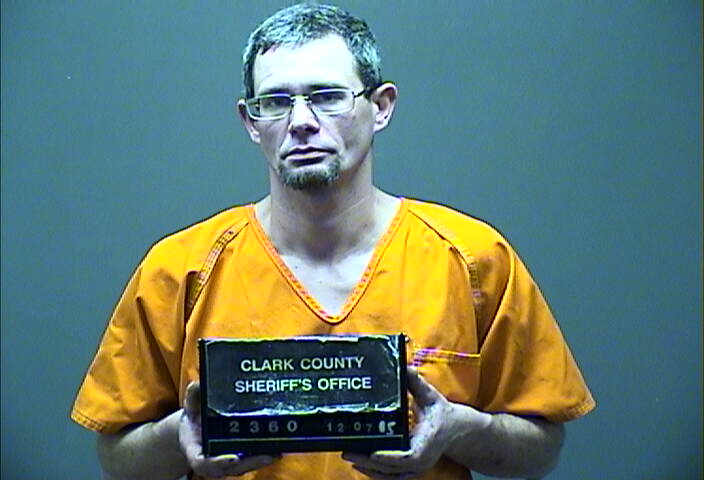 According to court documents, on Monday, December 7, 2015 a search warrant was served at a Clark County residence, 337 East Main Street in Kahoka, MO, at approximately 5:30 p.m.

According to Clark County Sheriff Paul Gaudette, the search warrant was executed by the CCSO and members of the North Missouri Drug Task Force.

According to the probable cause statement (police report) filed in the case, an occupant of the residence, Robert J. Wilson, 34, was taken into custody during the search.

Law enforcement officials found amphetamine, less than 35 grams of marijuana, a green leafy substance and numerous drug paraphernalia items including glassware and a “tooter straw” (straw used to snort substances) in the residence. Items were found in a “secret compartment” in the living area, inside of a barrel in a back room and in the kitchen. Amphetamine was also found in a truck belonging to Wilson.

A criminal charge is merely an accusation. Robert J. Wilson is presumed innocent until proven guilty in a court of law.