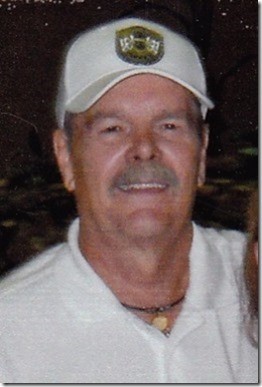 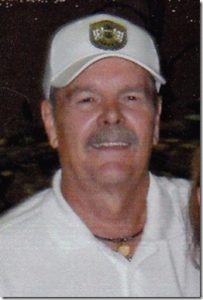 Rick was born September 28, 1950 in Keokuk, IA, a son of Richard G. and Corrine Johnson Pruett.

On November 23, 1977, he was united in marriage to Deborah Shannan in Keokuk.

He is survived by his wife, Deborah, of the home; four sons, Josiah (Gabrielle) Pruett of Hannibal, MO, Elisha (Sarah) Pruett of Quincy, IL, Micah Pruett and Joshua Pruett, both of Kahoka; two daughters, Tara Pruett of Kahoka and Jackie Pruett of Sedalia, MO; thirteen grandchildren: Ian Pruett of Hannibal, Dylan, Aiden and Evan Pruett of Quincy, Tristan Pruett of Tempe, AZ, Elizabeth Pruett of Keokuk, Malachie Pruett, Delilah Burgess, and Preston Fox, all of Kahoka; and Justin and Jonathan Pruett and Dalton and Cole Baker, all of Sedalia, MO; step father-in-law and mother-in-law, Norman Butler of Kahoka and Linda Shannan of Port St. Lucy, FL; sister-in-law and brothers-in-law: Vicki Scott of Kahoka, Pat Shannan of Granger and Paul Kinkade of Kahoka; step sister-in-law, Maria (Darrell) Timmerman of Port St. Lucy, FL as well as nieces, nephews and other relatives.

He was preceded in death by his parents and sister, Karen Roxanne Pruett.

Rick graduated from Montrose High School and received an associates degree in computer science at Keokuk. He was an independent construction worker, knowledgeable and proficient in all areas including electrical and welding. He was also a jack of all trades and a mechanic who could fix anything.

Rick was a Christian man who had a strong faith and practiced his faith in what he said and did. He had a deep knowledge and passion for genealogy and in working on and teaching computers. His true love was for his family, spending time with them, cooking, and playing blues on his harmonica.

A Celebration of Life for Rick was held Friday, December ll, 2015 at 7 p.m. at Wilson Funeral Home in Kahoka. Eulogies were given by friends and family with special music, “Tuesday’s Gone”.