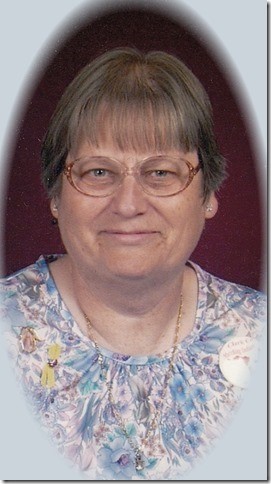 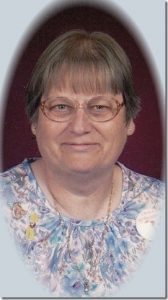 Patricia C. Lerch, age 70, of Kahoka, MO, passed away surrounded by her family and friends on Tuesday, December 15, 2015 at the Clark Co. Nursing Home in Kahoka.

Patty was born February 10, 1945 in Keokuk, IA, the only daughter of Bradley and Olive Wayland Sherwood.

She attended Kahoka High School and on March 30, 1968, was united in marriage to Ralph Lerch at the Kahoka United Methodist Church.

Patty was a 25 year retired employee of the Industrial Opportunities in Kahoka. She loved to be around children and babysit. She was a faithful member of the Kahoka United Methodist Church, a nursery volunteer for many years, and also a member of the choir. She enjoyed watching Clark Co. R-1 sports through the years.

Patty was an active member of Kahoka Chapter #40, O.E.S. and rarely missed a meeting. She and Ralph enjoyed visiting other chapters and the friendships they made through the years. She spent many hours doing cross stitching while watching tv shows, particularly westerns. She also spent time doing word search puzzles and coloring. She had helped Ralph deliver Meals on Wheels and they also attended and supported many benefit meals.

Funeral services were held Saturday, December 19, 2015 at 10:30 a.m. at the United Methodist Church in Kahoka with Pastor Barb Hagerla officiating. Rae Jean Martin was pianist and congregational hymns were: “Amazing Grace”, “Jesus Loves Me”, and “In the Garden”.

Visitation was held at Wilson Funeral Home in Kahoka after 9 a.m. Friday with a public Eastern Star service being conducted at 6 p.m. followed by family receiving friends until 8 p.m.

Memorials were suggested in her memory to the Kahoka United Methodist Church.