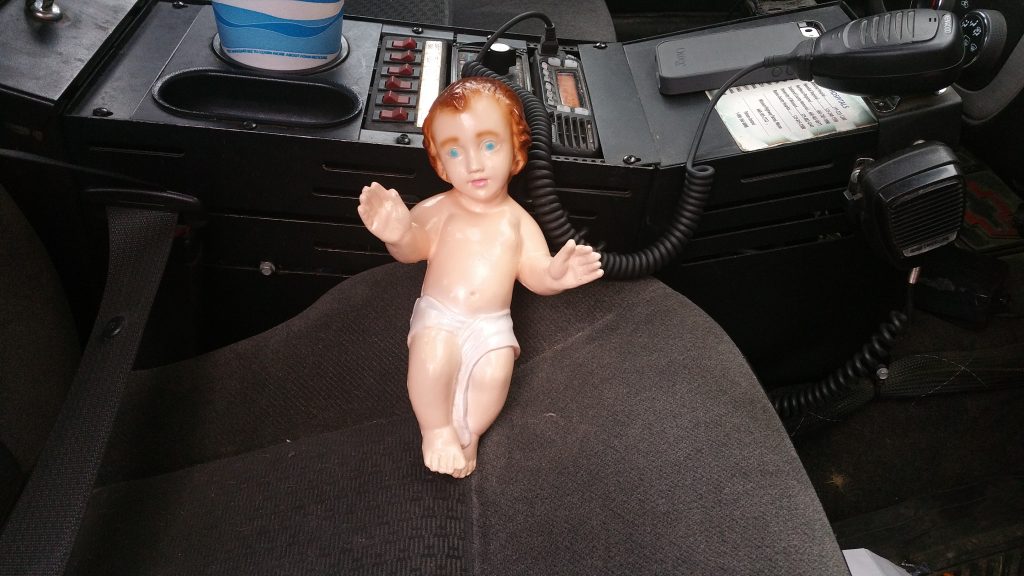 According to a representative of The Citizens Bank of Edina, on Monday morning, December 21, 2015 a woman contacted the bank and reported finding the missing baby Jesus Nativity figure, which was stolen from the bank’s Nativity scene over the weekend.

The woman, who’s name is not being released, learned the Jesus figure had been stolen through Facebook.

Just one day after news reports were published online and spread through Facebook and Twitter the woman spotted the Jesus figure in a ditch while she was driving from Macon to Rutledge.

According to Edina Police Chief Kelly Hayes the Jesus figure will be placed back into the bank’s Nativity scene on Tuesday, December 22, 2015 in time for Christmas.

This is the second year in a row the figure has been stolen. According to Hayes, Edina police have been keeping a close eye on the display after last year’s shenanigans. Also, the bank has plans to keep a watchful eye on the display in the future by adding more video surveillance to the area.