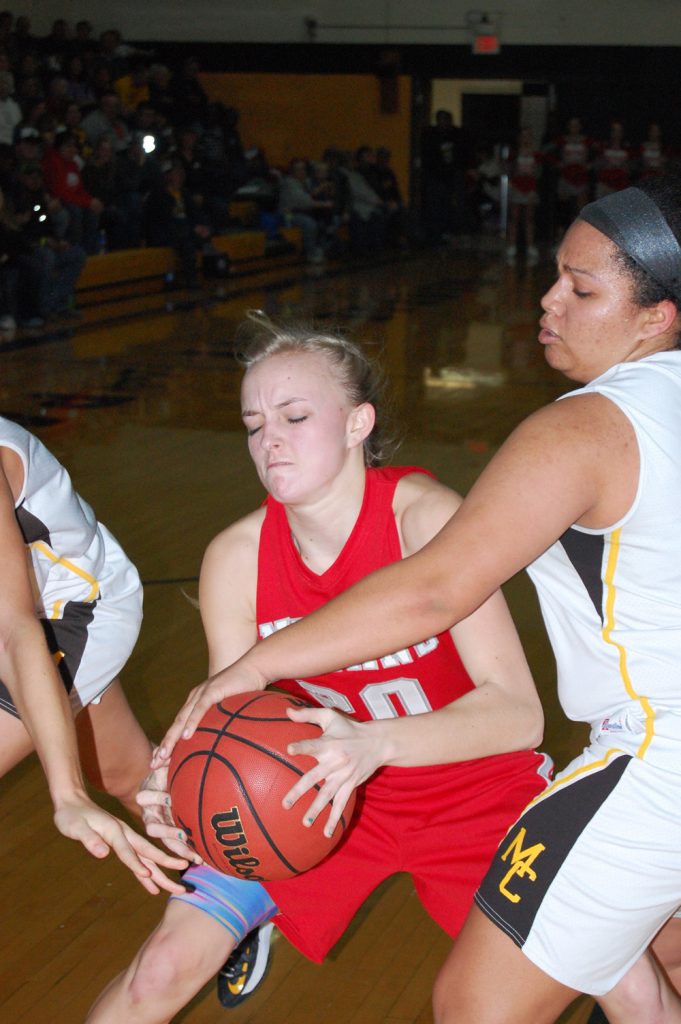 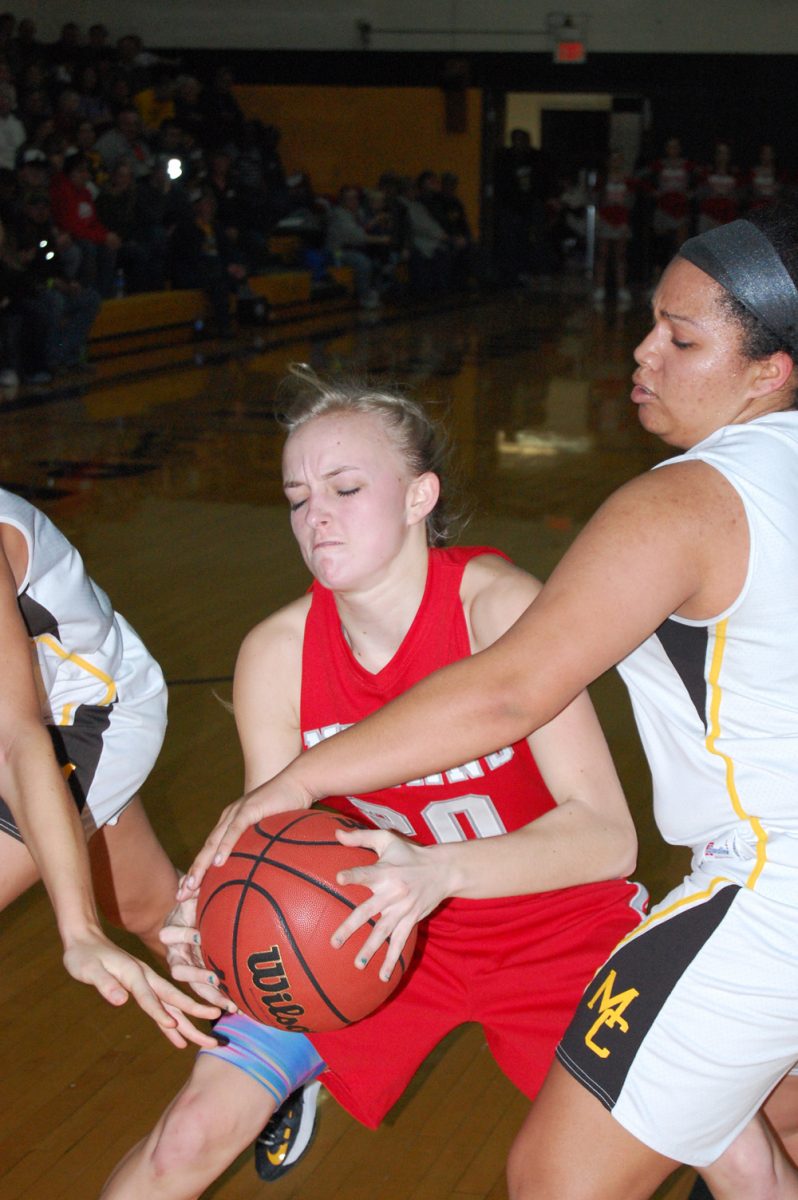 Carissa Bevans struggles for a shot against an aggressive Monroe City defense.

Four Lady Indians scored a total of 15 first quarter points, tying the Panther effort after the first quarter. Clark County added 13 in the second period, and trailed 29-28 at the half.

Both teams scored 14 points in the third quarter, but turnovers, which had been a problem for Clark County throughout the game, really became a factor late, as the Lady Panthers outplayed Clark County 19-10 in the final quarter to take a 61-52 win.