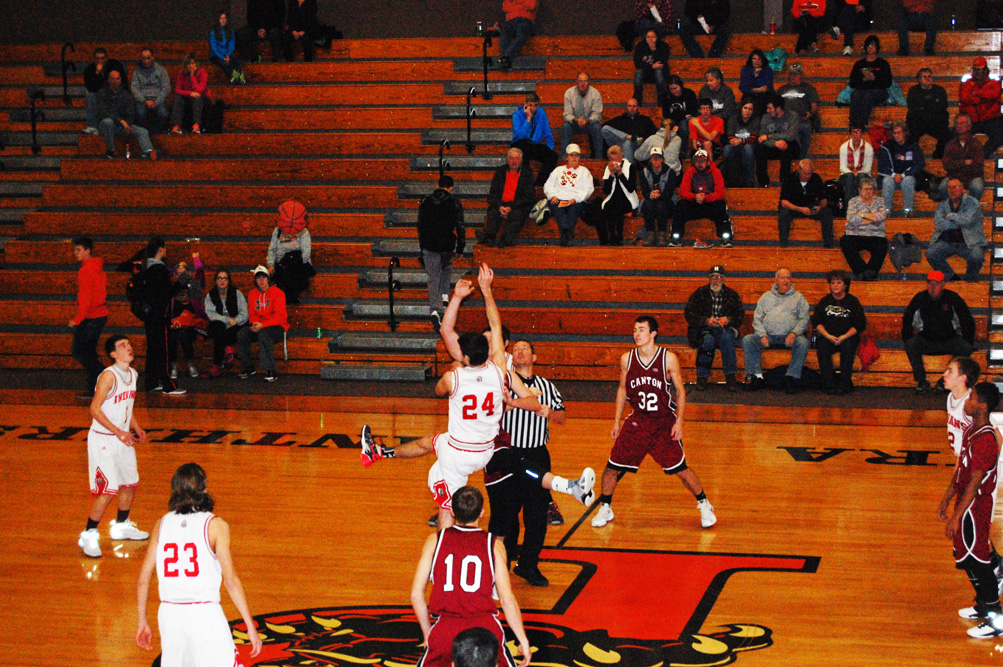 Clark County and Canton came into the 73rd Annual Tony Lenzini Basketball Tournament in Palmyra on Monday night, and the number four and five seeded teams couldn’t have been more evenly matched.

The shootout started early with solid first quarter performances by Tigers Logan Brown and Lance Logsdon and Indian Chandler Bevans. The Indians owned the perimeter shooting, with Bevans nailing a pair of threes, and Zeb Riney and adding a three pointer, but Canton’s inside game put them up 16-13 after the first quarter.

Bevans nailed three more triples in the second quarter, and Camrom Mack geared up his game for the Indians. On the Tiger side of the ball, Logsdon and Koy Smith kept the scoring alive, and at halftime, the game was tied at 33-33.

Canton edged the Indians in the third quarter, and the final eight minutes were a free-for-all. The Indians led by as many as seven points in the fourth quarter, but missed seven free throws in the final minutes to give the Tigers an opening, which they took, tying the game with less than a minute remaining.

“It was a great game,” said Indian Coach Adam Rung. “We missed some shots at the end, and our defense needed help early, but we played very well.” 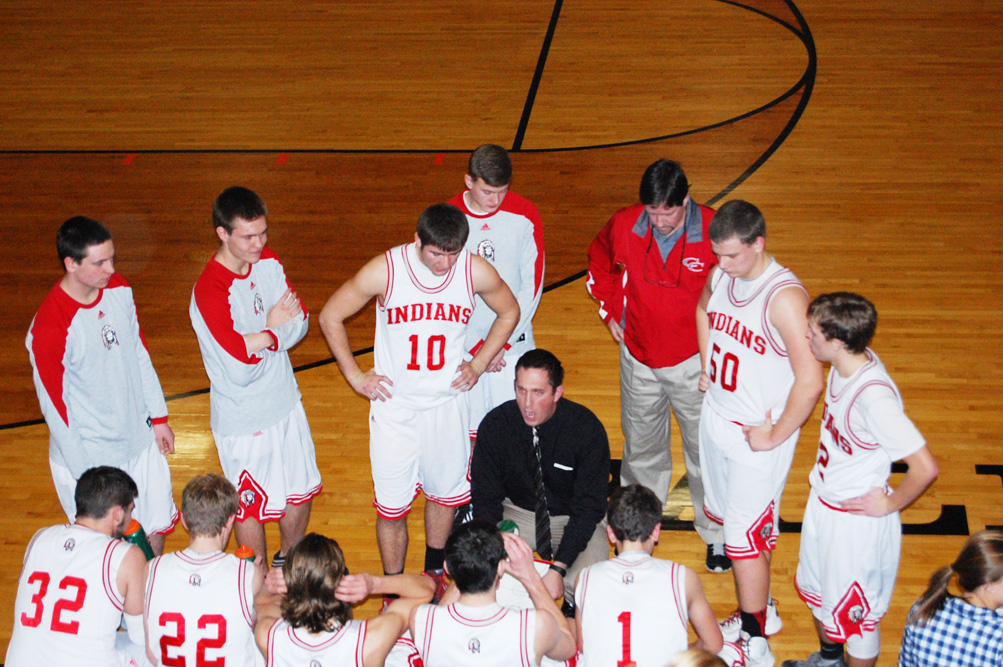 Here’s the first part of the game

Here’s a short part late in the game:

Here’s the end of the game: