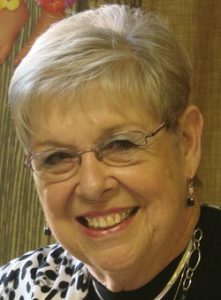 Born on August 1, 1943 in Plevna, Missouri, Marsha was the daughter of the late Stephen Zahn and Margaret Pulse Zahn. Marsha was raised in LaBelle, Missouri, where she was a 1961 graduate of LaBelle High School. She was employed at Bank of LaBelle for 24 years and was a vice-president and loan officer.

Marsha lived in Marshall the last 20 years, and prior to retirement, was employed in the office of Marshall Municipal Utilities.  On April 22, 2005, she married Robert O. (Bob) Hemme, who survives of the home. She was a member of the Red Hat Society.

In addition to her parents, she was preceded in death by two brothers, John Zahn and Richard Zahn; and one step-son, Steven Hemme.

Inurnment was in Sunset Gardens Cemetery. Memorials are suggested to the American Lung Association and an online guestbook is available at www.campbell-lewis.com