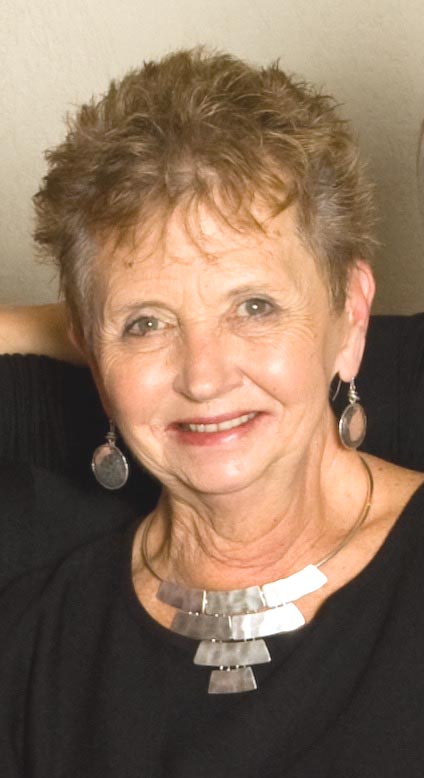 Shermaine Riggins passed away on January 18, 2016, in Marshall, Missouri, at the age of 68.  She leaves behind her husband, Bill Riggins.  She is also survived by her two daughters, Andrea Cobb and husband, Barry; Megan Shepard and husband, Brad; her grandchildren, Lexie and Evan Cobb, Ava and Brant Shepard, Kalee Arnold and husband, Jacob; and her sister in law, Norma Slocum.

Shermaine was born on November 8, 1947, in Kirksville, Missouri, to Cordie and Dorothy (Miller) Slocum of Hurdland, Missouri.  She was preceded in death by her parents and brother, Bill.  She grew up in a tight knit community and had many wonderful stories of her childhood. She graduated from Knox County High School and was a star basketball player despite being 5’ 2”. She has remained close to her childhood friends and has been active in maintaining those ties through her position as Hurdland School class reunion co-chair.

She would tell you her greatest achievement was marrying William L. (Bill) Riggins.  They met while at the University of Missouri when she was working as a manager of an apartment complex in Columbia, Missouri. They married just nine months later on September 5, 1970, at the AP Green Chapel on campus and have been blissfully married for the past 45 years.  They have remained avid MIZZOU supporters through the years.

Bill and Shermaine turned a passion for agriculture and love for each other into a thriving business they ran together for twenty-four years.  When they retired in 2005, she turned her efforts to the community.  Since that time, she has enjoyed being active in PEO, Monday Club, Fitzgibbon Hospital Auxiliary, and the Chamber of Commerce.  She has served on the board of both the Salt Fork YMCA and the Arrow Rock Lyceum Theater.  She enjoyed playing bridge and golf with friends, and spending time with her grandchildren.  She and Bill enjoyed traveling and were able to take many trips to various countries and throughout the United States.

She will be greatly missed by her many nieces, nephews, cousins, in-laws, friends, colleagues, and everyone who was fortunate enough to know her.