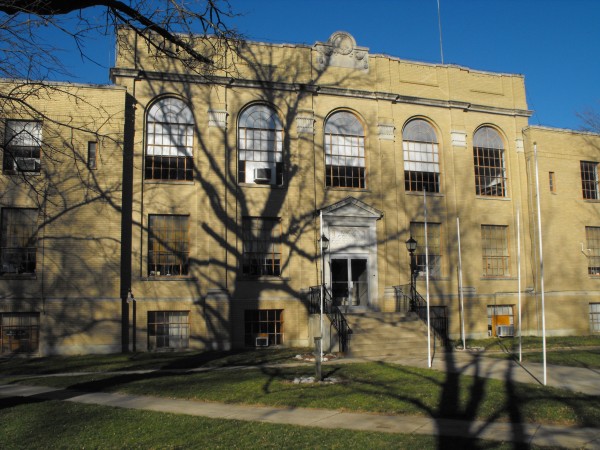 On Thursday afternoon, January 21, 2016 the Knox County Commissioners held an open to the public meeting with the CTS Group, which is an engineering firm.

The meeting was live streamed via our website and a video recording of the entire meeting, along with a tour of the courthouse, can be found at the end of this story.

The CTS Group was originally recruited to work on a window replacement project for the Knox County Courthouse, but, over the course of looking at the structure, discovered that major repairs need to be made to the courthouse.

These repairs include roof repairs, foundation repairs, electrical improvements, an air conditioning and heating overhaul, tuck pointing, not to mention replacing the giant single pane windows, which are original to the building and extremely inefficient.

During the meeting CTS Group representatives discussed their findings with the Commissioners, tried to answer any questions and recommended the Commission put a question on the next ballot to ask the voters for funding in the coming April 5, 2016 Municipal Election.

The Commissioners are expected to vote on Friday morning, January 22, 2016 at 9:30 a.m. whether to put the question on the coming April ballot or not and whether to ask for a bond (18 cent property tax increase) or a half-cent sales tax increase (to last up to 15 years). The project is estimated to cost $1.25 million dollars, which is money the county doesn’t have just hanging around in the coffers. In order for all of the repairs and improvements to be made Knox County voters will have to approve a tax increase.

Friday’s Commission meeting will be open to the public and those who wish to comment are asked to email them beforehand or come to the meeting.

Scroll down to see a video of the meeting and impromptu tour of the courthouse to look at some of the damage inside the courthouse. The tour begins at 55 minutes into the video if you want to fast-forward straight to it.