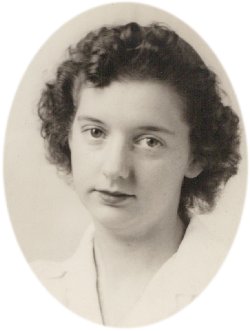 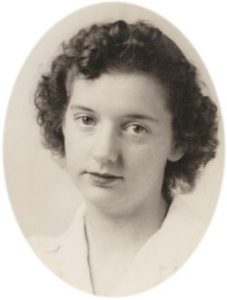 Mary Margaret Kriegshauser, 89, of Edina, Missouri, passed away Wednesday, January 20, 2016, at the Knox County Nursing Home in Edina.  Mary was born on July 27, 1926, near Baring, Missouri, the daughter of Harold and Nellie Delaney Early.

She attended school in Baring through the third grade, when the family moved to Edina.  Mary attended and graduated from the St. Joseph Grade School and High School with the Class of 1944.  On April 3, 1948, at the St. Joseph Catholic Church in Edina, Mary married Carl Thomas Kriegshauser and they were the parents of seven children.

Mary was accepted into St. Mary’s School of Nursing in Quincy, Illinois and graduated in 1947.  She then worked as an RN for Grim-Smith Hospital in Kirksville, Missouri.  Mary was an RN Consultant for Knox County Nursing Home, and assisted with the hiring of the first staff.  She also taught and tested for CNA and Med Tech classes there, as well as at Prairie View Nursing Home in Lewistown, Missouri.  Before retirement, in 1987, she worked for the Knox County Health Department in Edina.

After Carl returned from WWII, they took over operation of the Kriegshauser Brothers Furniture Store and Funeral Home, with Carl’s brother Paul.  Mary assisted in both facilities until their retirement in 1996.

Mary was a member and volunteer of St. Joseph Catholic Church in Edina, St. Ann’s Alter Society, Baring Country Club and Edina Country Club.  Mary and Carl enjoyed delivering meals for the Nutrition Site, playing bridge, their supper club, spending time with friends, family and especially their grandchildren.  She was a great cook, neighbor and friend.

She was preceded in death by her husband Carl in 2014, a son Nicholas Kriegshauser in 1998 and a daughter, Mary Elizabeth Kriegshauser in infancy;  sisters, Cora (Dick) Kelly, Elizabeth (Joe) Kiley, and Rita Elsea; and brothers, J.T. (Frances) Early and Pete (Mary V.) Early.

An expression of sympathy in memory of Mary Kriegshauser may be left to St. Joseph Foundation, Knox County Nursing Home or the Knox County Nutrition Site.  Memorials may be left at or mailed to Doss Funeral Home, 208 N. 4th Street, Edina, Missouri  63537.