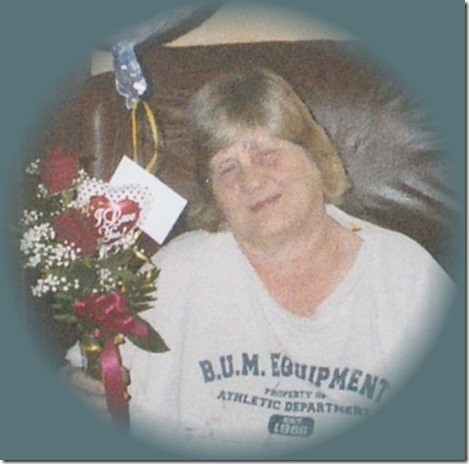 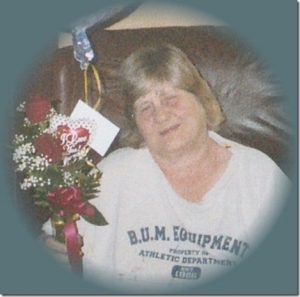 On November 5, 1966, she married Donnie Burks at the Kahoka Christian Church.

Vickie had worked in several nursing and boarding homes in Kahoka and Keokuk including Sunny Acres, for Josephine Shoup, Lee County Convalescent Home, LaHoma Gutting, and the Clark County Nursing Home. She later worked at the Garment Factory in Memphis and retired from the Industrial Opportunities in Kahoka.

Vickie was a member of the Kahoka Christian Church. She loved to cook, crochet, and sing. She sang many songs her dad sang to her as a little girl and then discovered Karaoke which she enjoyed with her daughter, Mary. When her children were small, there were always kids hanging around the house and she enjoyed them and made them welcome. She was always encouraging her children and those around her. She was an avid St. Louis Cardinals fan and an Elvis fan.

Memorial services were held Saturday, January 23, 2016 at 2 p.m. at the Kahoka Christian Church with Rev. James Campbell and Mrs. Kathy Campbell, pianist. Selections were “Dancing in the Sky”, “I Will Always Love You”, “In the Garden”, “Old Shep”, and “The Old Rugged Cross.

On-line condolences may be made at www.wilsonfunernalservice.com