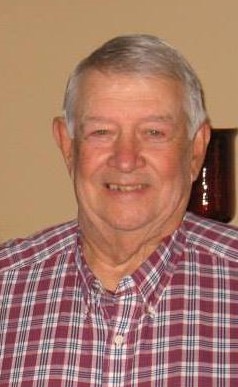 Bobby grew up on the family farm.  Farming was his life, sports of any kind was his love.  He grew up with a ball in his hand.  Bobby’s passion for sports lead him to the world of fast pitch softball.  Bobby played for O’Donnell’s, Milts, and the Ozark National teams during his softball playing years.  Bobby’s weekends would be filled with traveling in the motor home to all destinations playing softball with his second family.  After hanging up his softball glove he moved on to coaching and sometimes giving advice in his subtle way to all the local athletes.  Bobby was a St. Louis Cardinals fan but was an even bigger Knox Co. Eagles fan.  He relived his playing days through his children, grandchildren and all the athletes he considered his children.  Bobby was a member of the Greensburg Masonic Lodge #414 A.F. & A.M.  He had been a member of El Kadir Shrine Club and the Moila Shrine Temple.  Bobby was also a member of the Bankers Life and Casualty bowling team.  He graduated from Knox City School in 1958.  He attended Northeast Missouri State Teachers College from 1958-1961.  Bobby sold insurance for Bankers Life and Casualty Company from 1973 to present.  Bobby always had a taste for good food and took pride in his ability to cook for others.  He never met a stranger and never hesitated to tell you a good story.

A Mass of Christian Burial will be held at 11 a.m. Friday, January 29, 2016, in the St. Joseph Catholic Church in Edina, MO.  Father Colin Franklin will officiate the services and be assisted by Deacon Ken Berry.  Burial will be in the Knox City Cemetery, Knox City, MO.  Music will be provided by Jim and Kyle Clark.

Memorials in memory of Robert D. Mauck may be made to the new Knox County High School Softball Complex. Memorials may be left at or mailed to the Hudson-Rimer Funeral Home, P.O. Box 1, Edina, MO 63537. www.hudsonrimerfh.com