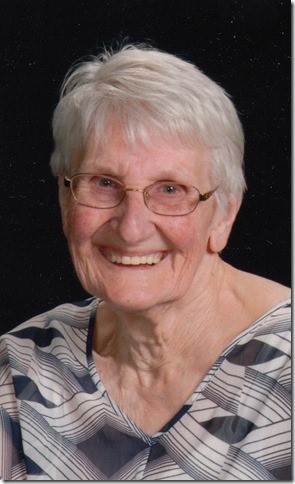 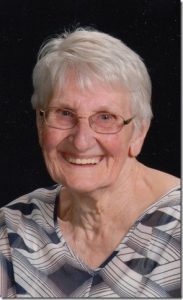 Alberta Catherine York, age 83, of Kahoka, MO, passed away on Friday, January 29, 2016 at the Clark Co. Nursing Home in Kahoka.

She was preceded in death by her parents; a son, Dennis York, in 1989; an infant daughter; and son-in-law, Melvin Hatfield in 2012.

Alberta lived a simple life, caring for her children and teaching them respect and values. She loved to sew, do needle work, and quilt with the Peaksville Church Quilting Group. She also loved to can and make angel food cakes and noodles. Alberta had a very strong faith and loved doing for others and her church. She was custodian for many years at the First Baptist Church and at the Kahoka Post Office. She was a member of the courtesy committee of her church and was willing to serve in any capacity where she was needed. She began a mission of making sleeping mats out of grocery bags for those in need and helped her daughter, Ina, in her mission in the Dominican Republic. It was there that Alberta had an accident and with the love and support of her family was able to return to Kahoka as a resident of the Clark Co. Nursing Home until she was called home to meet her Lord and Savior whom she served so faithfully.

Funeral services were held Sunday, January 31, 2016 at 3 p.m. at the First Baptist Church in Kahoka with Rev. Richard Lamborn officiating. Musicians were Iris Phillips and Evonne Adams. Special music was “The Old Rugged Cross” and “How Great Thou Art”.

Visitation was held from 1 p.m. Sunday until 3 p.m. at the First Baptist Church.