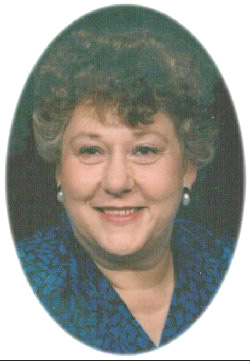 Jenny Snelling, 75, of Baring, Missouri, passed away Monday, February 8, 2016, at her residence surrounded by family.

Jenny was born on December 16, 1940, in Kirksville, Missouri, the daughter of Clyde and Jenny Pope Potter.

She attended Willard School in Kirksville, Missouri. On April 4, 1960, in Lancaster, Missouri, Jenny married Gerald Snelling and they raised thirteen children together.

Jenny worked as a cook for the Knox County Nursing Home, raised many foster kids in addition to her own, and worked for Heartland as a caregiver.

She was a member of the St. Aloysius Catholic Church in Baring, Missouri and attended the Baring Community Church.

Jenny enjoyed cooking and baking, gardening, flowers, decorating and shopping but most of all she loved spending time with her family as well as her extended family of foster children.

An expression of sympathy in memory of Jenny Snelling may be left to the Nutrition Site or the St. Aloysius Cemetery.  A memorial may be left at or mailed to the Doss Funeral Home 208 N. 4th Street, Edina, Missouri 63537.