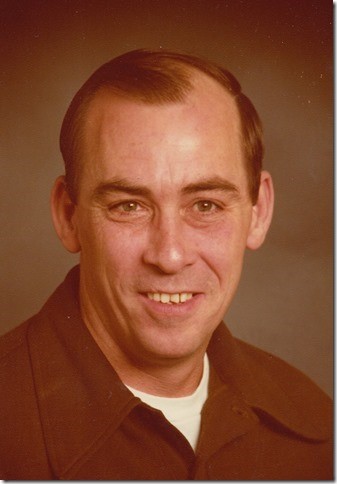 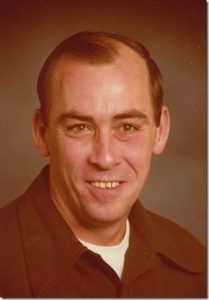 Ralph was born on January 25, 1940 in Kansas City, KS, a son of Raymond and Laura Burgett Meginn.

Ralph attended Washington High School in Kansas City until entering the U. S. Marine Corps. He proudly served his country for four years in San Diego and in Okinawa. It was in California that he met his future wife.

He and Sherry Bennett were married on May 27, 1961 in LaPuente, CA. They lived in California the next several years where he was employed as a steel worker operating an overheard crane. They moved to Kansas City, Kansas in the mid 1960’s and he was employed by Associated Wholesale Grocers and a proud member of the Teamster’s Union for the next thirty years.

He and Sherry retired and moved to Clark County, Missouri in 2001.

He was preceded in death by his parents and two brothers, Bill and Gary Meginn.

Ralph was a former member of the Moose in Kansas City. He loved old tractors, hot rods and tractor pulls. He enjoyed going to Old Threshers Reunions in the area and tractor pulls. He was a history buff, watched the history channel and old war movies whenever possible, and enjoyed World War II memorabilia and guns. When the children were younger, they would go fishing and camping every weekend and he and Sherry also loved to travel. He loved being outside on his mower. He also held a special place in his heart for his pets, Harley and Fauxie.

Memorial services will be held Friday, February 19, 2016 at 7:30 p.m. at Wilson Funeral Home in Kahoka with Pastor Shawn McAfee officiating. Special music will be “My Woman, My Woman, My Wife” and “Wind Beneath My Wings”. Inurnment will be at a later date in Leavenworth National Cemetery in Leavenworth, KS.

Family will receive friends at Wilson Funeral Home Friday, February 19, 2016 from 6 p.m. until time of services.