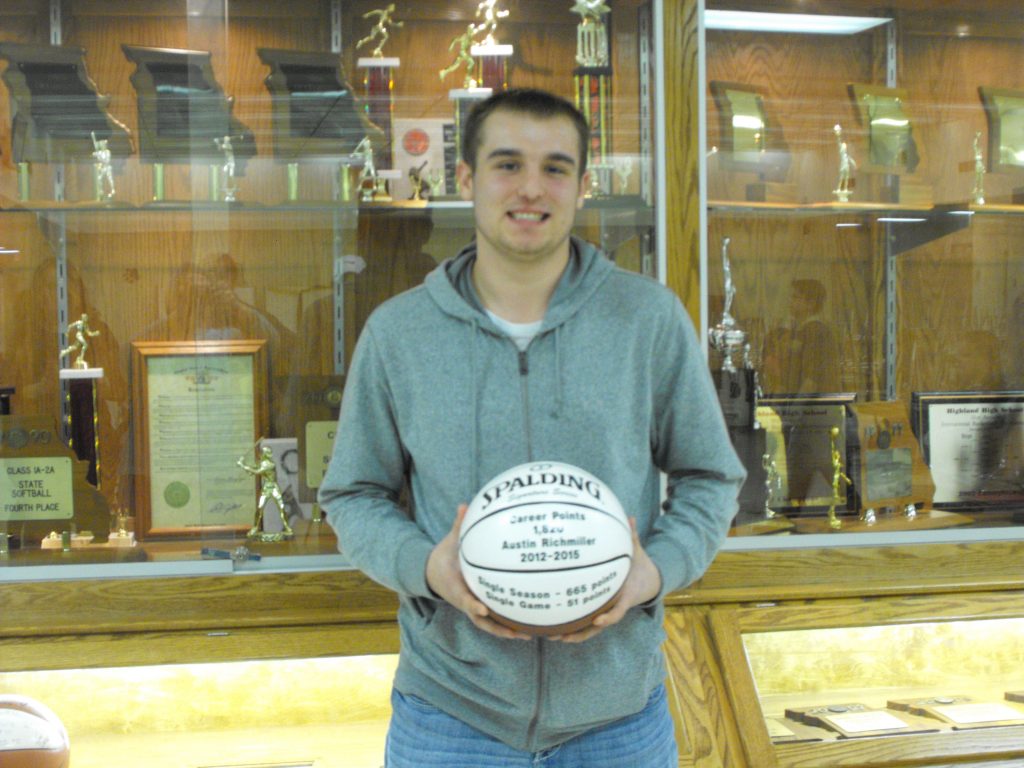 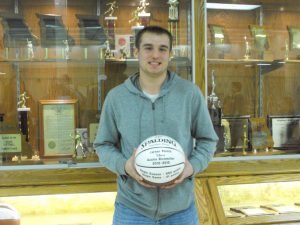 During the 2014-15 season, Austin’s senior year, he broke the school records for points in a season (665), as well as points in a single game (51 on February 3, 2015 versus Louisiana).  On January 13, 2015, while playing at Brookfield, Austin eclipsed Highland’s career scoring record by breaking the longstanding record held by Greg Logsdon. Austin finished his career with a total of 1820 points.

The trophy basketball presented to Richmiller, reflects the records and will be displayed in the Highland High School Trophy case until such time as they are broken by a current or future member of the Highland basketball program.