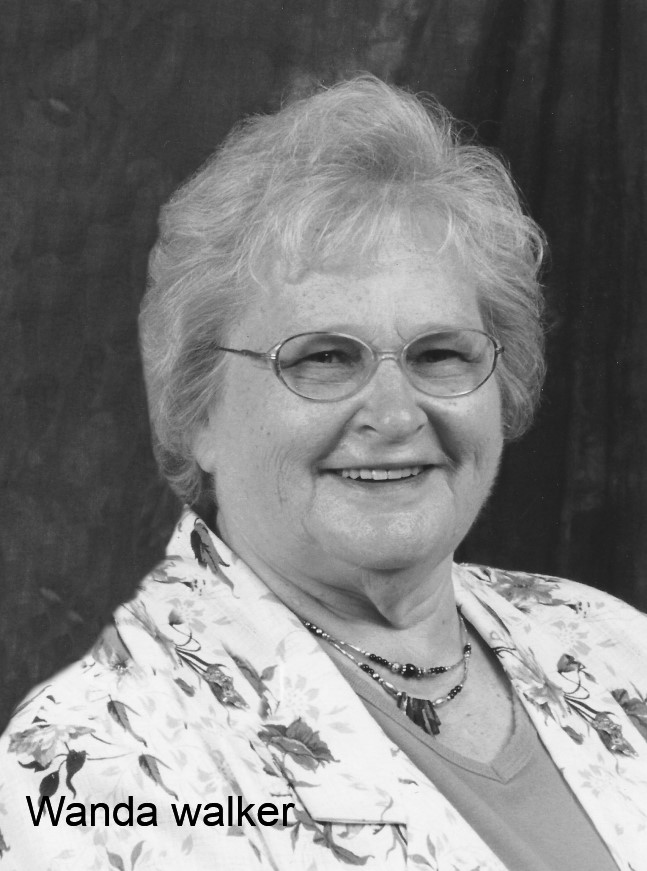 She was born on April 10, 1934 in Fairfield, IA, the daughter of Dale and Chloe Crile Philips.  She graduated from the Revere High School in Revere, MO with the Class of 1953.

On November 7, 1953, Wanda was united in marriage to Robert Walker in Peaksville, MO.  He survives.

She was preceded in death by her parents and mother and father in law.

In her younger years she worked for a short time as a cook at The Food Bar and the Clark County Nursing Home both in Kahoka.  Most of all Wanda enjoyed being a wife, mother and homemaker and spent her life making a wonderful home for her husband and children.

Wanda enjoyed gardening and took pride in growing vegetables and flowers.  She canned and prepared wonderful meals from the bounty of her garden.

While her children were in 4-H she was a leader of the St. Francisville Rebels and Wayland Willing Workers. She was also a volunteer for the Cub and Eagle Scouts.

Throughout her life she enjoyed crocheting doilies with people’s names for her family and friends, some of them going as far as Ireland.  She will always be remembered by her children and grandchildren for the handmade quilts that she made for each of them when they graduated high school and when they got married.  A tradition her mother also did for her children and grandchildren.

Funeral services will be held 11 a.m. Saturday at the Vigen Memorial Home in Keokuk with Pastor Shawn McAfee and Reverend Barb Hagerla officiating.  Burial will be in the Sand Cemetery in St. Francisville, MO.

Visitation will be held on Saturday from 10-11 a.m. at the funeral home with the family meeting with friends at that time.

Memorials may be made to the Hospice of Northeast Missouri or the donor’s choice.