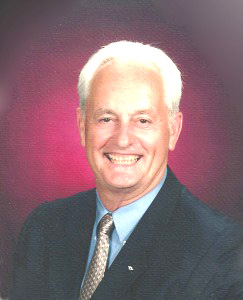 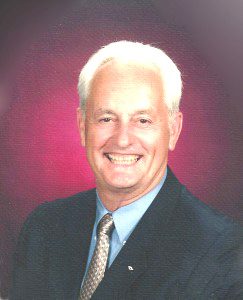 Joe Cunningham passed away peacefully while surrounded by family on Thursday, February 18, 2016, after a long and courageous battle with Lewy Bodies Dementia.

Born on April 3, 1941 in Stronghurst, Illinois, to Dale and Alma (Trent) Cunningham, his family relocated to Ewing, Missouri, when he was in the third grade.

Joe is survived by his wife of nearly 52 years, Judy (Hoener) Cunningham of Quincy. They were married May 29, 1964 in Philadelphia, Missouri, and raised two children: a son, Curt Cunningham (son, Max) of Columbia, Missouri; and a daughter, Sallie Cunningham (husband, Paul Deutsch), of Madison, Wisconsin.

He was preceded in death by his parents, Dale and Alma (Trent) Cunningham; and siblings, Betty Lou Cunningham, Janet Rayburn and Glenn Cunningham (infant).

Joe managed the Connor’s Corner Truck Stop at the original Hwy 24/61 junction in Taylor, Missouri, and owned the West Quincy Standard filling station in West Quincy, Missouri, where he made many close friends.   He eventually followed his dream to farm full time, and he and his wife, Judy, farmed in several counties in northeast Missouri over a total of four decades. They lived on farms near Ewing and then near Lewistown, Missouri, where they raised their children.

Joe was passionate about many great causes, including children’s health and education. He was a member of Masonic Lodge No. 222 A.F.& A.M. in La Belle, Missouri, and the Moolah Shrine Temple in St. Louis. Joe loved farm machinery and owned many interesting tractors and other implements over the years. He was a licensed private pilot, and he and his wife were Culver-Stockton College basketball season ticket holders and members of the Great River Corvette Club where they enjoyed many friendships. Joe never met a stranger and he loved a good deal. His favorite times were spent with his grandson, Max.

Funeral Service: 1:00 pm on Monday, February 22, 2016 at Hansen-Spear Funeral Home with Dr. Sam Swisher officiating.  A celebration of life for attendees will be held, following the burial, at Town and Country Inn & Suites in Quincy. Hansen-Spear Funeral Directors are in charge of arrangements.

Memorials: The family requests memorials be made to the Joe and Judy Cunningham Endowed Scholarship fund at Culver-Stockton College, Canton, MO, or Shriners Hospital in St. Louis. www.hansenspear.com