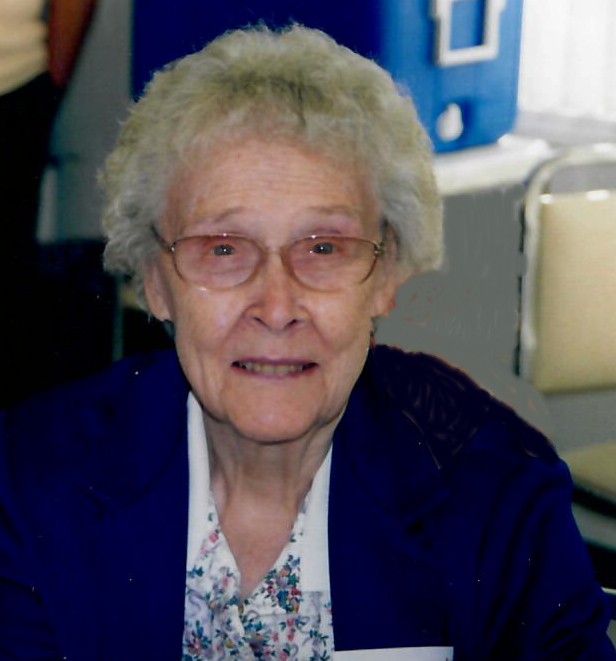 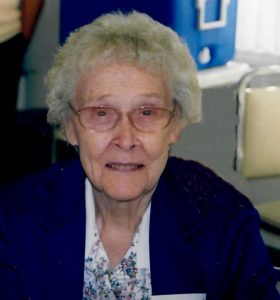 Born on December 13, 1918, in the Plevna/Newark community, Alma Dee was the daughter of Emmett Lee and Mary Lottie Hamilton Hall.

Alma Dee was employed as a secretary and bookkeeper in Knox and Shelby Counties.  She was known for her sharp mind and love for financial and political interest.  She was a woman of faith and loved her family, extended family and all the family gatherings.  She had the ability to make everyone she met feel welcome.  Alma Dee was a member of the Prairie View Baptist Church at Hunnewell, Missouri, and was active with the Senior Citizens in Shelbina and Knox Counties.  She loved laughter and dancing and spending time with family and friends.

Funeral services will be held 10 a.m. Saturday, February 27, 2016, in the Hudson-Rimer Funeral Home in Edina, Missouri.  Reverend Sam Smith will officiate for the services.  Burial will be in the Mt. Salem Cemetery.

Music will be provided by Marsha Pinson, organist and Jim and Kyle Clark vocalists, singing “How Great Thou Art”, “Have Thine Own Way Lord” and “Amazing Grace”.

Memorials may be made to Knox County Nutrition Center and may be left at or mailed to Hudson-Rimer Funeral Home, P.O. Box 1, Edina, Missouri 63537.