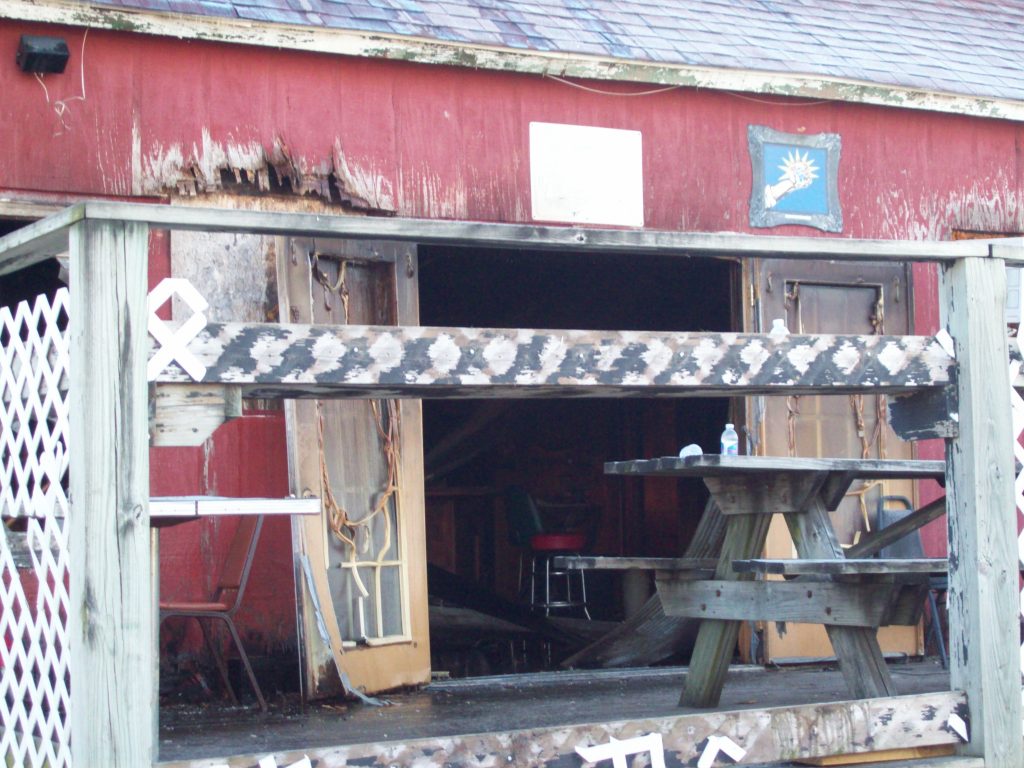 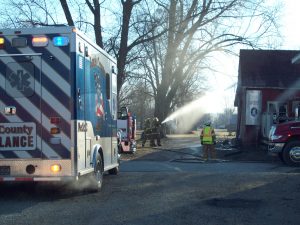 In less than 24 hours the LaBelle, Missouri business, the Ol’ Frontier ignited for a second time on Wednesday morning.  The cause of the fire came from smoldering blown in insulation in the attic above the kitchen area.

Western Lewis County Fire Protection District firefighters answered the call in a unified effort to put the fire out.  Smoke could be seen coming from the roof of the building.

According to Assistant Fire Chief Jerry McKenzie, of the WLCFPD, the fire on Wednesday morning made dragging down the ceiling necessary so that the fire crew could access the attic. 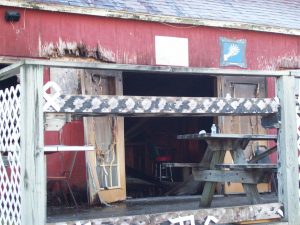 Tuesday’s fire caused heavy damage to the kitchen which was a total loss, heavy smoke and heat damaged the rest of the building along with water damage.  Mutual aid was called in on Tuesday from Ewing R-4 and the Knox City Fire Department. The WLCFPD was the only firefighting presence on the scene Wednesday morning.  The Lewis County Ambulance was also on scene, as were the Lewis County Sheriff’s Department and the Missouri State Highway Patrol.