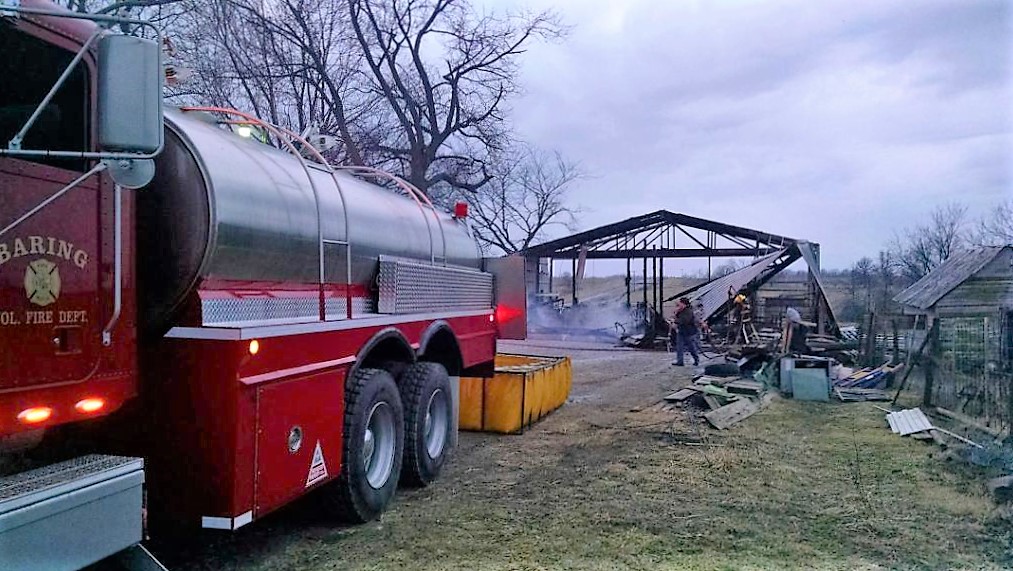 On Tuesday morning, March 8, 2016, just before 6:00 a.m., volunteer firefighters from Baring and Edina responded to a structure fire at the Mike Ellison farm on Alpine Street west of Baring, according to Baring Fire Chief Richard Witherow.

“We think it was started by a heat lamp on some pigs,” said Chief Witherow. “The barn was lost, but we saved the house.”

According to Chief Witherow, sadly, some livestock was lost in the fire.

Firefighters remained on the scene until just after 7:00 a.m.