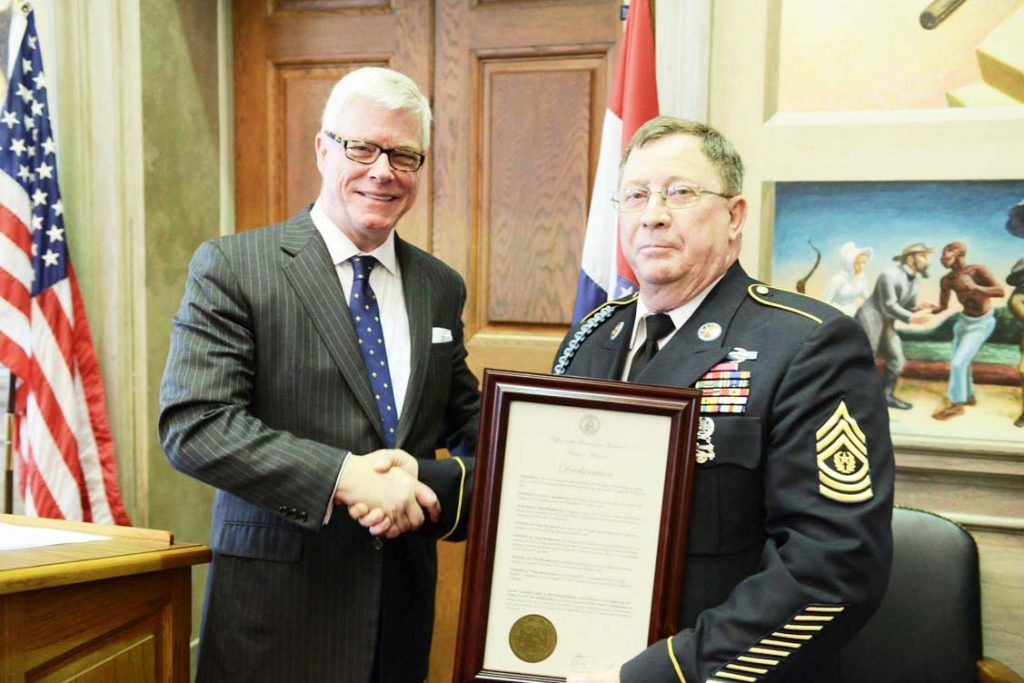 Winners were selected from around the state, and included Paul Brotherton of Kahoka.

Brotherton enlisted in the U.S. Army in 1968 and served until his retirement in 1995, attaining the rank of Command Sergeant Major. He was nominated for the 2015 Veterans Service Award by Clark County Commissioner Henry Dienst of Kahoka.

In his nomination, Dienst said Brotherton received numerous medals and commendations during his service, among them Drill Sergeant of the Year in 1985 for the entire 85th Division.

Dienst said Brotherton continues to serve his community by volunteering for the CARE Board of Directors, organizing the leading the Color Guard for an annual Parade of Champions high school marching band competition in Kahoka, taking part in the local library’s summer reading program, and making sure flags are displayed throughout his community during holidays.

“Paul helps with military funerals and takes great pride in placing flags on graves for Veterans Day and in helping the 8th Division with their annual military ball, where he performs the famous ‘Empty Chair’ speech so that no one ever forgets the soldiers who don’t make it home,” Dienst said. “His elderly neighbors know that he is always there to perform small jobs like clearing out driveways when it snows and plowing gardens in the spring.” 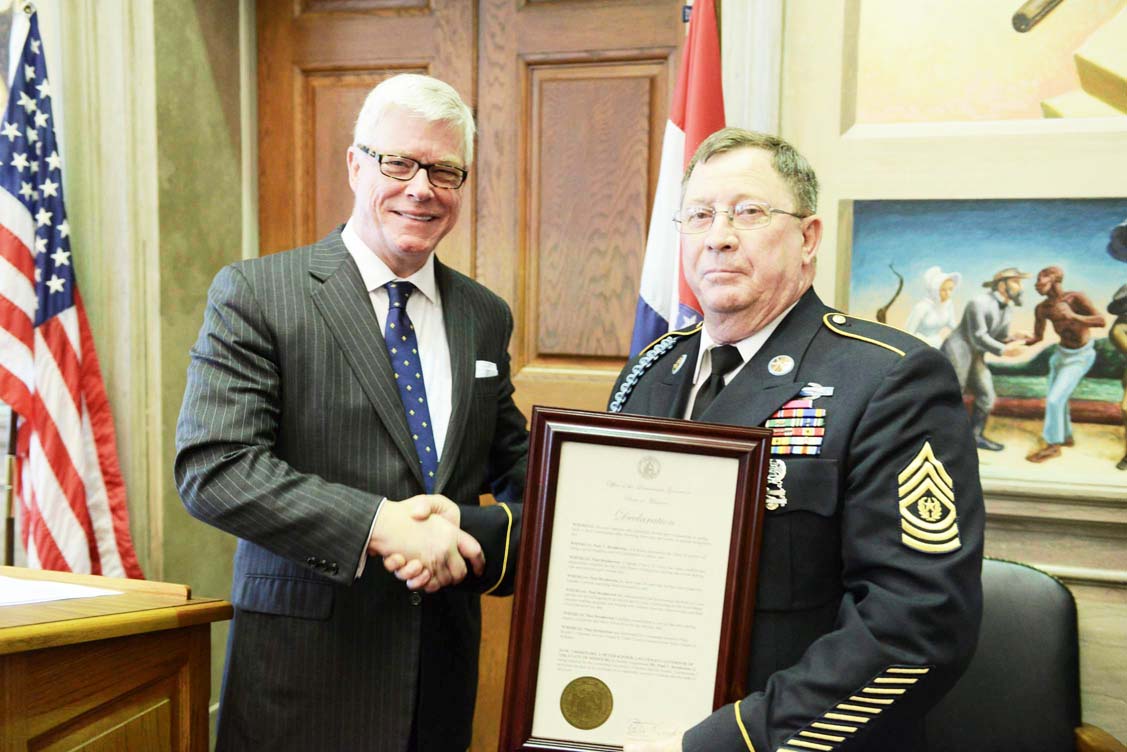 Paul Brotherton of Kahoka was honored by Missouri’s Lt. Governor Peter Kinder, who presented him with the Veterans Service Award. Brotherton was honored for his service to the nation, and more recently, to the Clark County community.

Following a luncheon at the Capitol in their honor, Kinder presented each of the recipients with a Veterans Service Award lapel pin and an official declaration from the lieutenant governor’s office recognizing their service to their communities.

“From all over our state, when our nation called, these men and women answered that call and served in the armed forces,” Kinder said. “For many of these veterans, and all of those we honor today, your service didn’t end when your military obligation was over.

“Instead, you all have continued to serve Missouri and your communities, giving back through countless hours of volunteer service.”

Kinder said he instituted the Veterans Service Award in 2012 as a way to recognize Missouri’s hometown heroes and shine the spotlight on their selfless service.

“This award is just one small way our state can say, ‘Thank you’ to our veterans and honor the sacrifices they continue to make for their communities and state,” he said.