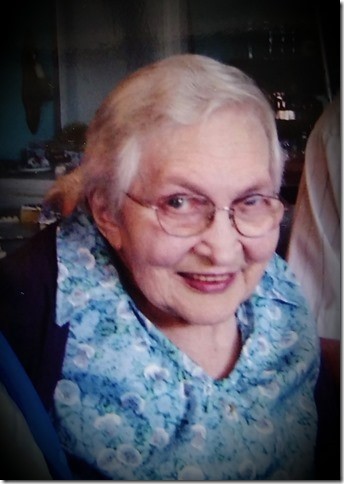 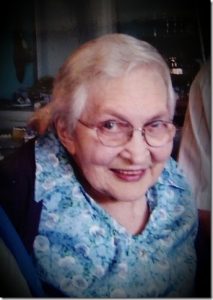 She attended the Swanson School in Schuyler County, Missouri until the eighth grade. She married Wm. Henry Franklin “Frank” Smith on January 28, 1950. To this union two children were born.

She was a member of the Granger Methodist Church and had also attended the First Baptist Church in Wayland. She was a 4-H leader, raised beautiful gardens and flowers, and loved birds and animals.

She was preceded in death by her parents; her husband in 1978; and two brothers: David and Joe Knupp.

Following her marriage she was a homemaker and then ran the Post Office in Granger for nearly 40 years. She was a very compassionate woman and a care giver of any living thing that needed it, especially animals. She enjoyed nurturing them to the point that often they thought she was their mother. They in turn brightened her world.

Funeral services were held Saturday, March 12, 2016 at 10 a.m. at Wilson Funeral Home in Kahoka with Reverend Dan Deatrick officiating and Mrs. Heidi Fox as pianist and vocalist. Selections were “In the Garden”, “The Old Rugged Cross” and “In the Sweet By and By ”.

Burial was in the Granger Cemetery.

Visitation was held at Wilson Funeral Home after 9 a.m. Friday, with family receiving friends from 6 to 8 p.m.