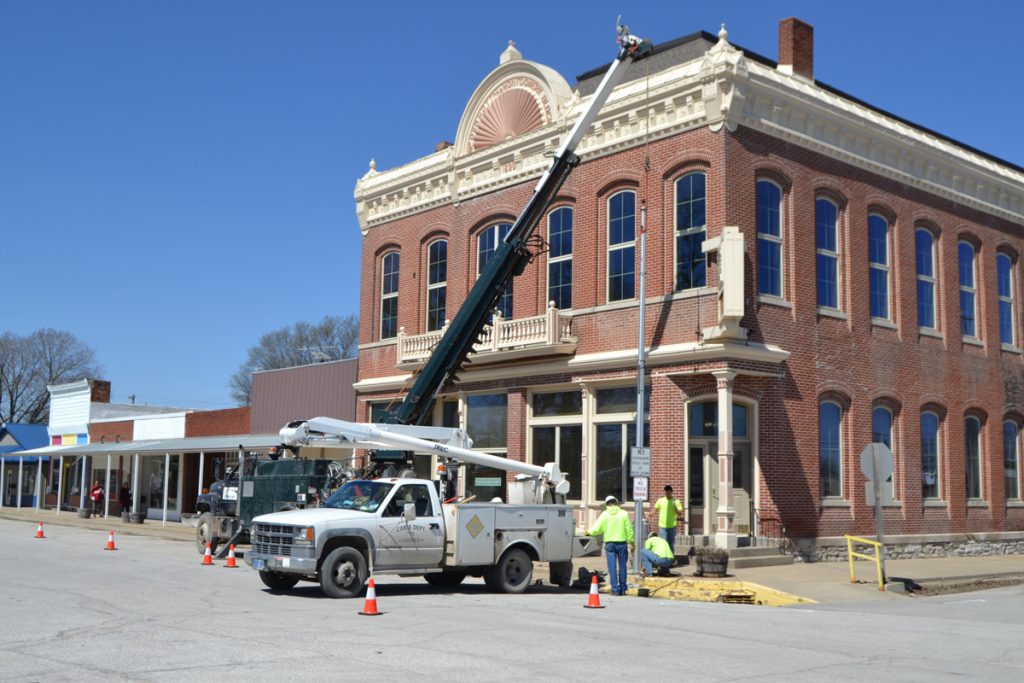 The long-awaited downtown sidewalk replacement project in Kahoka broke ground Monday morning, with city workers starting their portion of the project. The City of Kahoka received a grant through MoDOT to replace sidewalks on the north and south sides of the square, as well as several adjacent sections of sidewalk.

On Monday, city crews removed the light poles on the north side. They will be repainted, and re-installed after the sidewalks are complete. City crews will remove the sidewalks as part of the city’s contribution to the project.
The contractor for the project, Hickey Contracting of Keokuk, may not start their work for a couple weeks, as they are finishing another project.

The sidewalk project should be completed in July.

On Thursday, March 24, the Kahoka Board of Aldermen held a special meeting.

Two significant items that were delayed at the previous meeting were approved after more information was presented.
The new street shed building, a 50×120 building to house several city trucks, was approved as it was originally planned, as a free-standing building, rather that attaching it to the existing building.

The Farmers’ Market structure, which was proposed to be built at the corner of N. Johnson and Commercial, will be built at that location. The Clark County Health Coalition, the city’s partner in seeking the grant, wanted it left on Johnson Street because of the traffic volume.

By using the grant funds, it will cost the city about $28,000, plus the $4,000-5,000 engineering costs already spent. Those funds will come from KCDI funds. The contractor will be Whiston Construction, and construction should start in May or June.

Larry Young, the only “nay” vote, said “It seems like an awful lot of money for what we’re getting.” 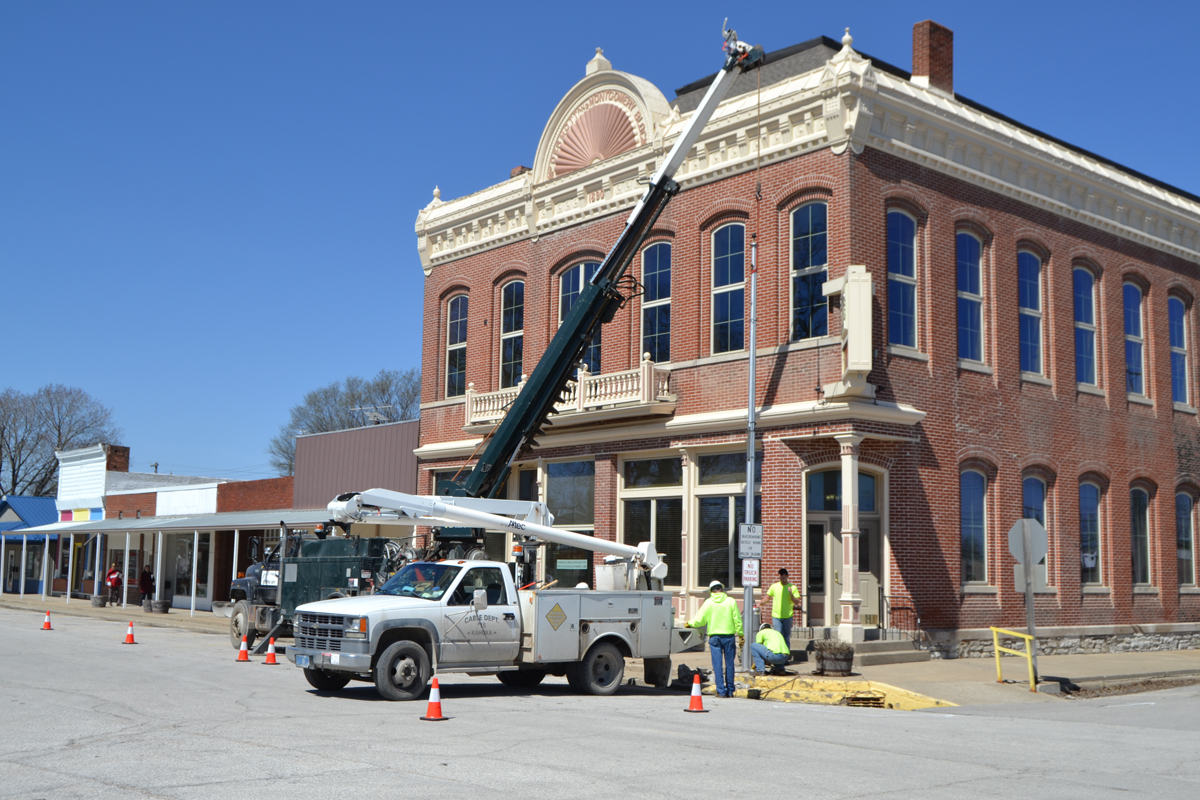 Kahoka city workers removed light poles on the north side of the square on Monday morning, as the first step in starting the downtown sidewalk replacement project. Sidewalks on the north and south sides of the square, as well as sections of adjacent sidewalk, will be replaced.

The board also approved the city’s budget for Fiscal Year 2017. We will have a review of that budget in next week’s edition of The Media.
Posted in Featured Stories