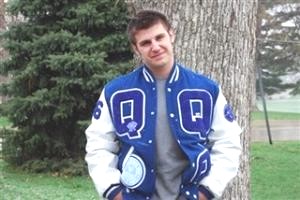 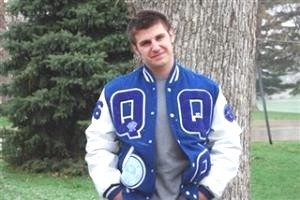 River Moonlite Bugh went to ride with God’s crew on Saturday, March 26. River was the kind of brother that loved his sisters more than anything. He teased his sisters, out of love, and made sure he was the only one who did so, with Jesus in his heart. River was the kind of friend you wanted to have
on speed dial to come pull you out of a ditch. He was always smiling and had an adventure in mind. River was the kind of son every parent wished they had. He did everything with his whole heart and Jesus beside him, so it was easy to be proud of him. River was the kind of cousin who made you feel like you were special.  He made every holiday, birthday party or game night a little more exciting.  River was the kind of football teammate you wanted beside you. He pumped up the team with his spirit and led the team with his passion and knowledge for the game. River was always working and would do any job you asked him to do with the love of Jesus in his heart. He was employed by Mill Creek Water District, Mill Creek Farms, Texas Roadhouse, Poage Auto Plaza and UPS. He was also so proud to serve on the Coatsburg Volunteer Fire Department.

River was born on February 16, 1996, and had just celebrated his twentieth birthday. He attended St. James Lutheran School where he built his faith and bible knowledge and met many of his lifelong friends. He then attended Baldwin South Intermediate School where he became known for his unique haircuts.  As a young athlete, River loved his teammates and coaches from YMCA t-ball and football, to Cyclone wrestling, to Little Tigers Taekwondo. You could find River riding his bike, fishing, swimming, climbing trees, or doing something outside and getting dirty.

Next he attended Quincy Junior High School where he enjoyed his time as a Comet! He loved the new friends, teachers, teammates, and coaches. It was during this time that he began working on small engines, riding motor bikes, 4 wheelers, go-carts, and anything else with wheels.  As an outdoorsman he became a skilled coyote hunter, deer hunter, fisherman and wood cutter.

At age fifteen, he walked into Quincy Senior High School and became the Blue Devil he always wanted to be; there he never met a student, teacher, or staff member whose name he didn’t know or friend he didn’t become. On and off the field he was a leader but also a great supporter. While at high school he wrestled, was in New Faces, Beta Club, was Senior Class Representative in Student Council, Vocational Student of the Month, in National Technical Honor Society, was on Homecoming Court, volunteered and mentored at Baldwin South, organized a Senior Flash Mob for a senior prank, was the Class of 2014’s class clown and was in a state winning group called CARS:  Caring About Riding Safely.

Although he loved every minute of each activity, no moments were as cherished as those spent on the football field with his teammates. A lifelong dream fulfilled through hours of sweat and determination, River lived for every workout, practice and game. He relished each hit, block and sack that he made, but enjoyed the blessings of the relationships he built even more.  Recognized with athletic and academic All-Conference in the Western Big Six, River was so proud to be a part of the 2013 team and their accomplishments of winning a playoff game, having the most victories in school history and beating Rock Island on their own field!  Two honors he was especially proud of were being selected to play in the Do or Die Bowl, and being chosen by his peers as team captain.

After high school he received a Full Leadership Scholarship to attend John Wood Community College to pursue a degree in Fire Science. At John Wood he was part of the Student Government Association, Wood Pile, Trail Blazers Live, the Zombie vs Humans Challenge, Dodgeball Tournaments, and was on the Dean’s List. When not at school or working, you could find him riding his Honda CBR 600, playing softball, or “where the party’s at” on the dance floor.

For what was next he was torn between becoming a fire fighter as planned, joining the Marines, or becoming a Physical Education teacher and coaching football. As he began talking about the future with his family, he didn’t ask what would make the most money, or what would be hard, or what would be easy, he asked which would help the most people. That was just River. “Don’t hesitate, don’t think about it, do it, do it for Jesus,” River’s words of wisdom. Because without Jesus, none of these things would have been possible.

River’s family would like to thank the good samaritans who stopped to help him at the scene of the accident.

Memorials: In lieu of flowers, memorial are suggested to the River Bugh Memorial Fund at First Bankers Trust Company