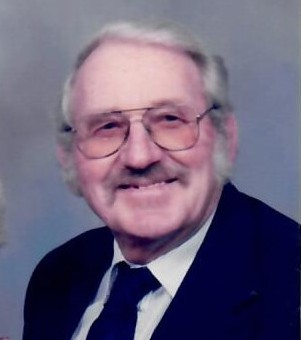 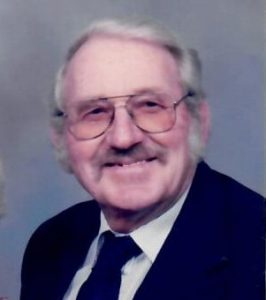 He was born February 19, 1927, in Ashton, MO the son of Wade Hampton and Amelia Ada Hopp Glasscock.

He was united in marriage to Barbara Marie Anthony on November 24, 1948, in Kahoka, MO and she preceded him in death on October 22, 2002. Clark was also preceded in death by his parents, four brothers, Olin, Ovie, Fred and JC, and one sister Jewel Glasscock.

Clark graduated from Clark County High School in Kahoka, MO. He served his country during World War II in the United States Army. He was engaged in farming for a number of years in the Wyaconda area. In 1957 he was employed for several years with Cushing Telephone, Co. and was later employed with Northeast Missouri Rural Telephone Company till his retirement. Clark was a member of the Crane Baptist Church at Crane, MO. Clark enjoyed wood carving, horses, and driving his mule team.

Funeral services will be held 1 p.m. Saturday, April 9, 2016, in the Hudson-Rimer Funeral Home in Edina, MO. Pastor James Jennings will officiate the services. Burial will be in the Bethlehem Cemetery. Music will be provided by Evan Jennings.
Casket bearers will be Jared Jennings, Zachary Jennings, Evan Jennings, Eston Glasscock, Dakota Glasscock and Travis Heine.

Visitation will be held Saturday, April 9, 2016, from 12 noon till time of services at 1 p.m. in the Hudson-Rimer Funeral Home in Edina, MO.