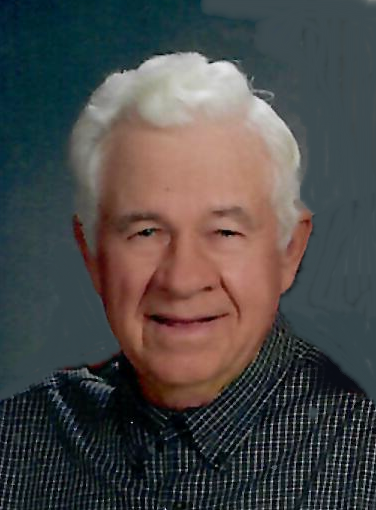 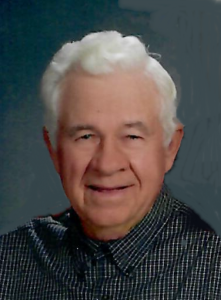 Born on December 18, 1927, in Knox City, Missouri, Richard was the son of Clayton and Theresa Bruegenhemke Goodwin. On February 8, 1954, he was united in marriage to Mary Margaret Rimer in Edina, Missouri, and in February 2016, they celebrated 62 years of marriage.

Richard received his education in Knox County rural schools and graduated from St. Joseph Catholic High School. He served his country in the United States Army during the Korean War from 1950-1952 and achieved the rank of Staff Sergeant prior to being honorably discharged. He was awarded the Korean Service medal, Combat Infantryman Badge, Bronze Camp Star, and Overseas Service bar.

An avid outdoorsman and nature lover, he was engaged in farming all his life in rural Edina. Richard was an active member of Edina’s St. Joseph Catholic Church, the Knights of Columbus, and he served as a past board member of Baring Country Club. Richard was an avid fisherman and hunter. He also enjoyed spending time on the family farm bird and train watching, putting together jigsaw puzzles, watching St. Louis Cardinal Baseball, and playing board and card games (especially pitch). Above all else, Richard loved spending quality time together with his family, friends, and his canine companion, Toby .For the past four and one-half years, Richard was a Knox County Nursing Home resident where he was known for his warmth and sense of humor.

A prayer service will be held at 5:30 p.m., Wednesday, April 13, 2016, at Hudson-Rimer Funeral Home in Edina, MO, with family receiving friends from 6 p.m-8 p.m. A mass of Christian burial will be held 11 AM, Thursday, April 14, 2016, in the St. Joseph Catholic Church in Edina, MO. Father Collin Franklin will officiate services and burial with full military honors at Edina’s St. Joseph Catholic Cemetery. Music will be provided by Brent Karhoff, soloist and family friend, and Nancy Reardon, organist.

Memorials may be made to the Knox County Nursing Home or the St. Joseph Catholic Cemetery and may be left at or mailed to Hudson-Rimer Funeral Home, P.O. Box 1, Edina, MO, 63537.