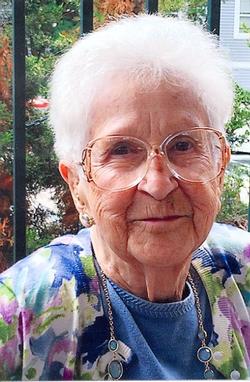 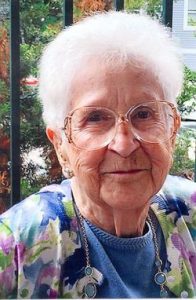 At the age of 13, shortly after her mothers death, Wilma moved to town and lived with Dr. and Mrs. Sam Lillard, helping to raise their two infant daughters. She attended and graduated from Canton High School. She and her husband were married shortly after graduation. They owned and operated Bader Sinclair Service were she attended to the bookkeeping. She then worked at the telephone office as an operator and later for Mrs. Gross in the Jewelry Store. Eventually she started working at Canton State Bank where she remained until her retirement in 1983. After retiring from the Bank, Wilma began answering the phone and assisting with visitations and funerals at the Davis Funeral Home. At the age of 95 she moved to Columbia, MO and lived with her granddaughter, Alyce, until her recent move to the nursing home. She was a member of Immanuel United Methodist Church in Canton.

Private family graveside services and burial will be held Monday, April 18, 2016 at 11:00 a.m. at Forest Grove Cemetery in Canton.

The family suggests memorials be made to the Canton Public Library or to the charity of the donor’s choice in care of Davis Funeral Home.