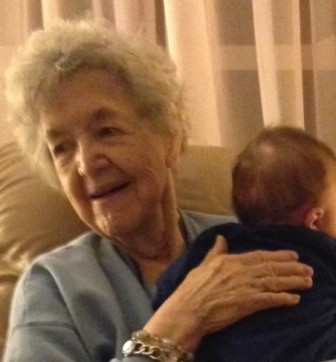 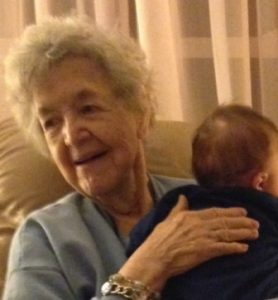 Lotus Norton, 86 of Wentzville, MO former resident of Clark and Scotland Counties, MO, died on Fruiday, April 29, 2016 at her home surrounded by family.

She was born October 21, 1929, to Ola O. and Margaret (Smith Doud McGraw) Wright in Wyaconda, MO. She graduated from high school in Gorin, MO, in 1947. Lotus was employed by Western Union as CRT operator for 17 years. She had served on the Board of Directors of the Friends of Athens. She was a member of the First Baptist Church of Wright City, MO.

She was united in marriage to Wallace L. Norton on February 28, 1948. To that union were born four children: Rebecca Sue, David Stephen, Diana Lee and Brian Eric.

Lotus was an avid reader and student of history. She enjoyed researching the Civil War and amassed an extensive Civil War library which upon her death she bequeathed to the Scotland County library as a memorial to family friend, Judy Boyer.

In lieu of flowers, memorial contributions may be made to Andrew’s Hugs (a nonprofit organization named for her grandson aimed at bringing hugs and smiles to special needs adults) the Friends of Athens, (a group working to preserve the Civil War Site in Northeast Missouri, where Lotus’s great grandfather, Edwin Smith, a Civil War soldier, is buried), or donor’s choice.

Her children rise up and call her blessed.  Proverbs 31:28