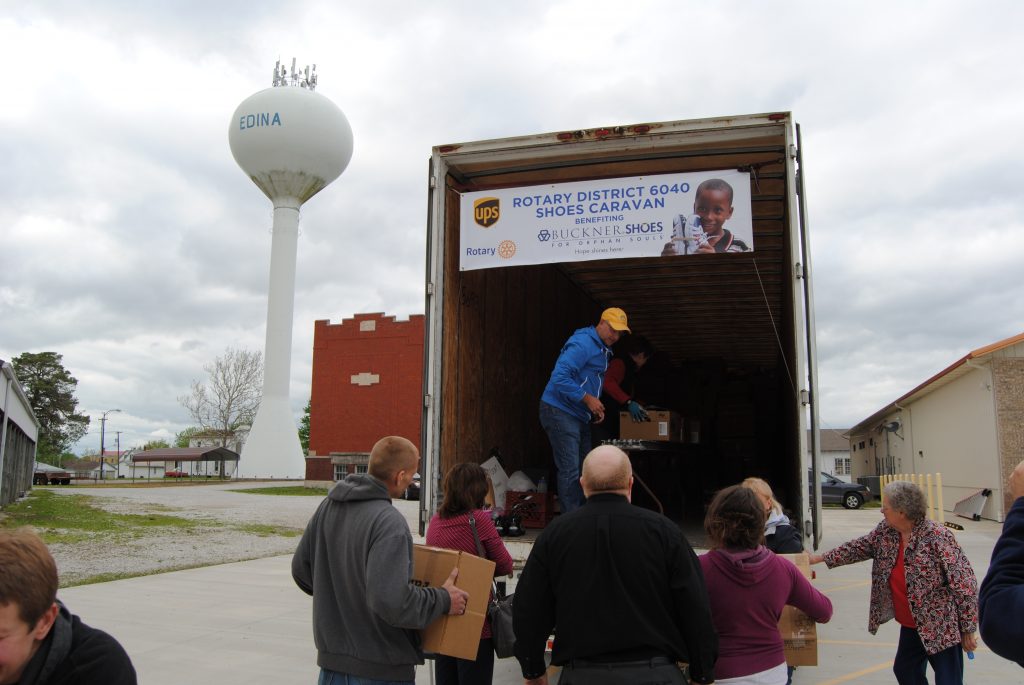 The Knox County Rotary Club’s annual Shoes for Orphan Souls Shoe Drive was hailed as a smashing success by local members and Rotary District 6040 representatives. Community and club members doubled last year’s effort by collecting 156 pairs of new shoes to last year’s collection of 76 pairs of shoes. Also, 110 pairs of new socks were collected compared to 18 pairs of socks collected last year, and $505 in monetary donations were passed on.

The Shoes Caravan made a stop in Edina for the first time ever to collect the shoes from this year’s drive. Knox County didn’t disappoint as the spirit of giving to help children in need elsewhere in the world continues to remain strong. The shoes collected in the district this year will be given to children living Guatemala.

This was the 15th year Rotary District 6040, which encompasses Knox County, has participated in the event. Since the beginning, the district’s Shoes Cheerleader Larry Lundsford, a native of Macon, has been a champion of the drive for the past 15 years.

After the caravan picked up shoes in Edina, they went on to Memphis and Kirksville to spend the night. The three-day caravan made a total of 19 stops collecting shoes throughout Central and Northern Missouri.

On Saturday, April 30, 2016 the caravan ended in St. Joseph where club representatives from throughout the district gathered to celebrate this year’s effort.