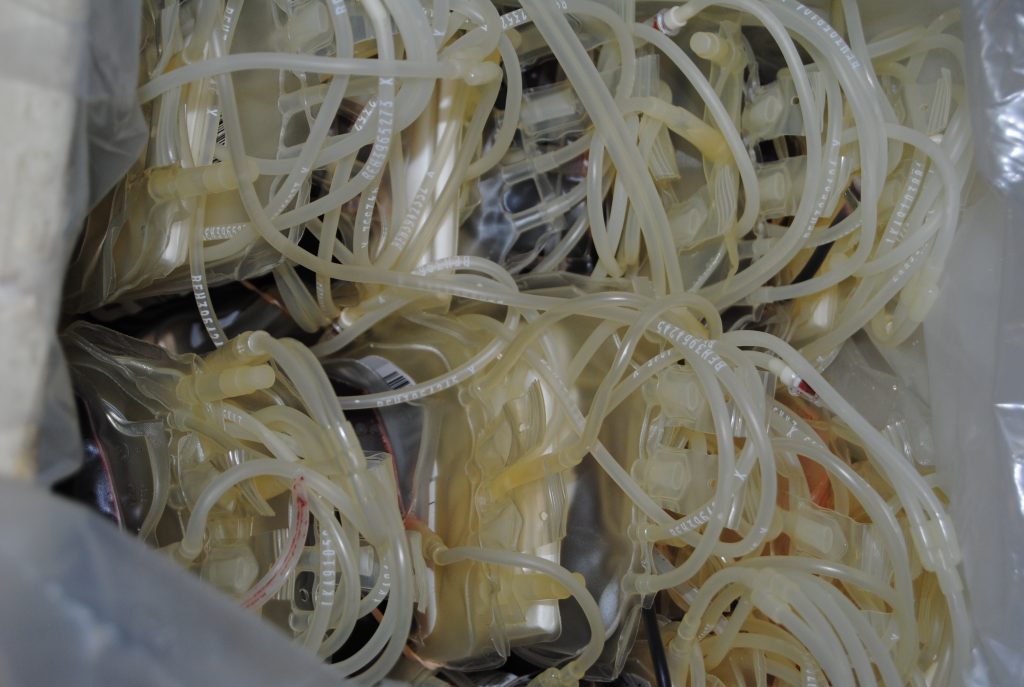 Macon, Missouri – The 8th Annual Macon Battle for Blood was held on Tuesday, June 21st at Macon Comfort Inn by the Community Blood Center.  The Macon Fire and Police Department employees work together each year to organize the event for the community.  The event turned out 31 people presenting to donate blood.  Twenty-eight units were collected during this year’s drive.

The Battle for Blood also involves a friendly competition between Macon Police and Fire Departments to collect the most “votes” from donors.  The result of the battle were Fire 16 – Police 15.  Rita Boveri, the wife of a Macon Firefighter, began organizing the event in 2009 after attending a Battle for Blood in another community.  Rita felt the battle was a good way for the departments to work together for a worthwhile cause and have fun at the same time.  Both Chiefs, Ross Dutton and Steve Olinger, agreed and the 1st annual Battle for Blood was held in the Summer of 2009.  Since then, the Fire Department has won the battle each year, but in reality everyone wins because of the need for blood donors.

The Community Blood Center is the primary supplier of blood for local hospitals and has been serving Missouri and Kansas hospitals for more than 50 years.  Employees of the Community Blood Center told Rita yesterday there is an emergency blood shortage and they have been holding mobile drives throughout Missouri and Kansas 7 days a week in an effort to meet the needs of local hospitals.

According to Rita Boveri, there are plans to hold the event again in 2017.