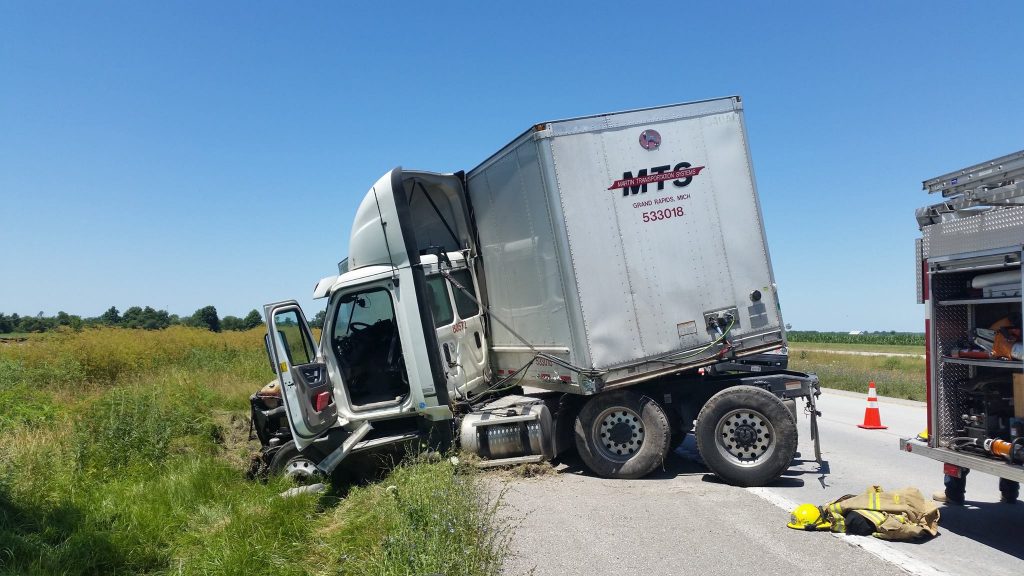 This image was made using a Google map.

According to a Missouri State Highway Patrol crash report, on Monday, June 27, 2016 three vehicles were involved in a crash on the eastbound lanes of US Highway 36, one mile east of Shelbina, at approximately 11:10 a.m.

A Freightliner tractor-trailer being driven by David Dobson, 43, of Jacksonville, IL, struck a John Deere Self Propelled Mower Conditioner (hay mower) in the rear-end, which was being driven by Walter Daniel, 55, of Clarence, MO. The collision caused a tire from the mower to break free and strike a third vehicle, a 2004 Gulf Stream BT Cruiser camper being driven by John Basch of Plainfield, IN.

Daniel was moderately injured in the crash and the mower he was driving is listed as being a total loss. He was transported by helicopter to the University Hospital in Columbia, MO.

The tractor-trailer was moderately damaged and the camper sustained minor damages. The other drivers were not injured. Both were wearing seat belts.

The eastbound lanes of US Highway 36 were closed until approximately 3:00 p.m. due to the crash, according to information released by the Missouri Department of Transportation.

MSHP was assisted at the scene by Shelby County and Shelbina emergency responders, and the Air Evac Team.

The photos below were posted on the Shelbina Fire Protection District’s Facebook page later the same day.