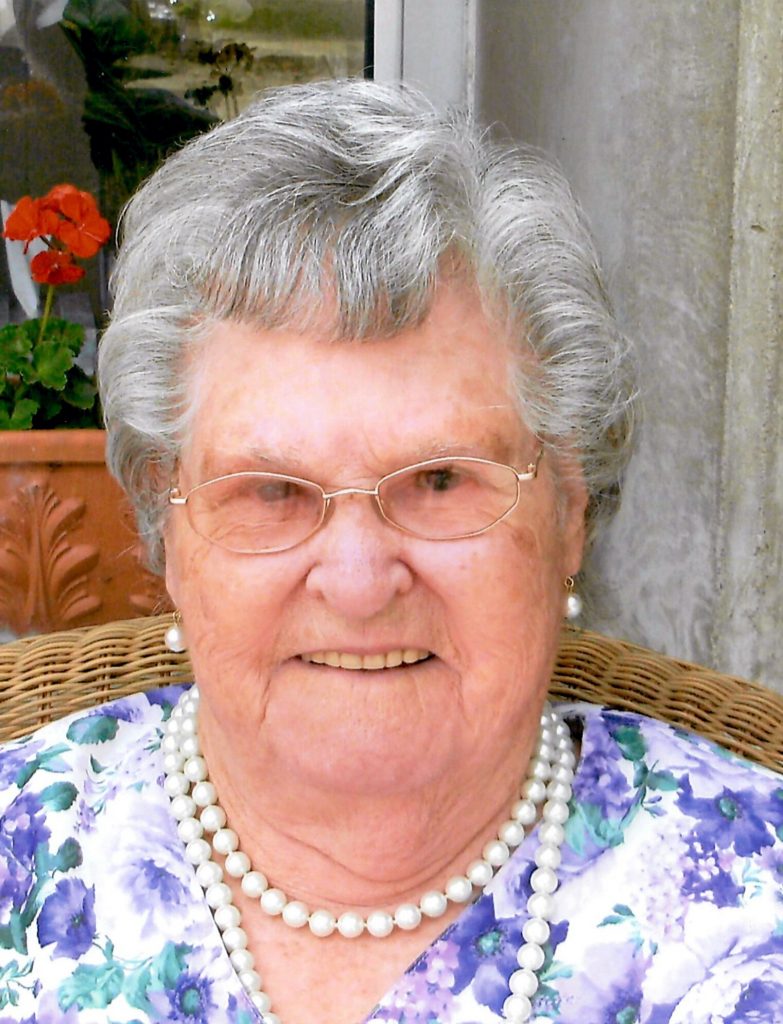 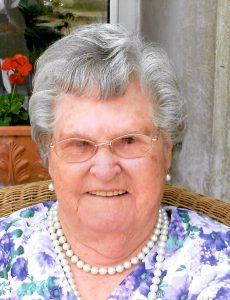 Born on September 26, 1922, in Knox County, Doris was the daughter of James Lloyd and Cora Russie Jones Binkley.  She was united in marriage to James W. Hayes on November 5, 1940, in Edina, Missouri, and he preceded her in death on September 13, 1999.  Doris was also preceded in death by her parents, one daughter Norma Jean Kelly, a grandson, Larry Dale Rampy, a great grandson Nicholas Riley, two brothers, George Robert Binkley and James Lewis Binkley, and two sisters, Velma Lucille Cone and Mable Thelma Florea.

Doris received her education in Knox County.  She and her husband were engaged in farming and following retirement moved to Edina, Missouri.  After the death of her husband Doris moved to Ft. Madison to be near her family.  Doris presently lived at the Kensington in Ft. Madison where she enjoyed many activities.   She also enjoyed spending time with her family.

Music will be provided by Brent Karhoff, soloist and Carol Hayes, organist.  Musical selections will be “In The Garden” and “Old Rugged Cross”.