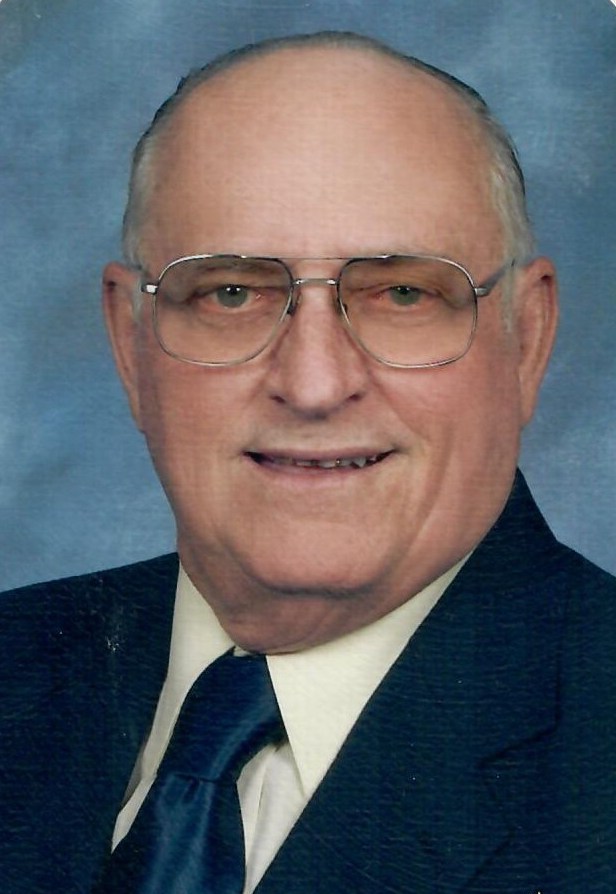 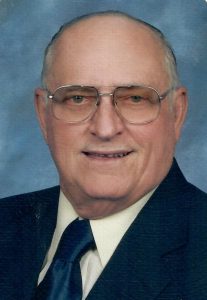 He was born March 22, 1925, in Knox County, Missouri, the son of Leslie and Alta Opal Simpson Holman.

On August 16, 1944, in Luray, Missouri, he was united in marriage to Virginia E. Peterson and she preceded him in death on May 12, 2016.  Harry was also preceded in death by one grandson, Chase Holman, his parents and two brothers-in-law, Jake and John Peterson.

Harry and Virginia resided in Hurdland, Missouri, most of their life where they operated a grocery, feed and fertilizer store and a truck line.   Harry served his country in the American Merchant Marines in oceangoing service during the period of armed conflict December 7, 1941 to August 15, 1945.  He was a member of the Hurdland United Methodist Church, the Cyril A. Graham American Legion Post, had played taps at many funerals and drove the D.A.V. van from the Kirksville area to Columbia for several years.  After he retired he and his wife pulled a camper around the country for several years.  He enjoyed driving his Model T in parades, time coin collecting, woodworking, church activities and spending time with friends and family.

Funeral services will be held at 2 p.m. on Sunday, July 17, 2016, in the Hudson-Rimer Funeral Home in Edina, MO.  Pastor Nancy Douglas will officiate for the services.

Burial with full military honors will be in Park View Memorial Gardens in Kirksville, MO.

Music will be provided by Mary Peterson and Angela Haworth Singing, “It’s Suppertime” and congregational songs “How Great Thou Art” and “Old Rugged Cross”.

Memorials may be made to Disabled American Veterans, and Edina United Methodist Church.  Memorials may be left at or mailed to Hudson-Rimer Funeral Home, P.O. Box 1, Edina, MO 63537.