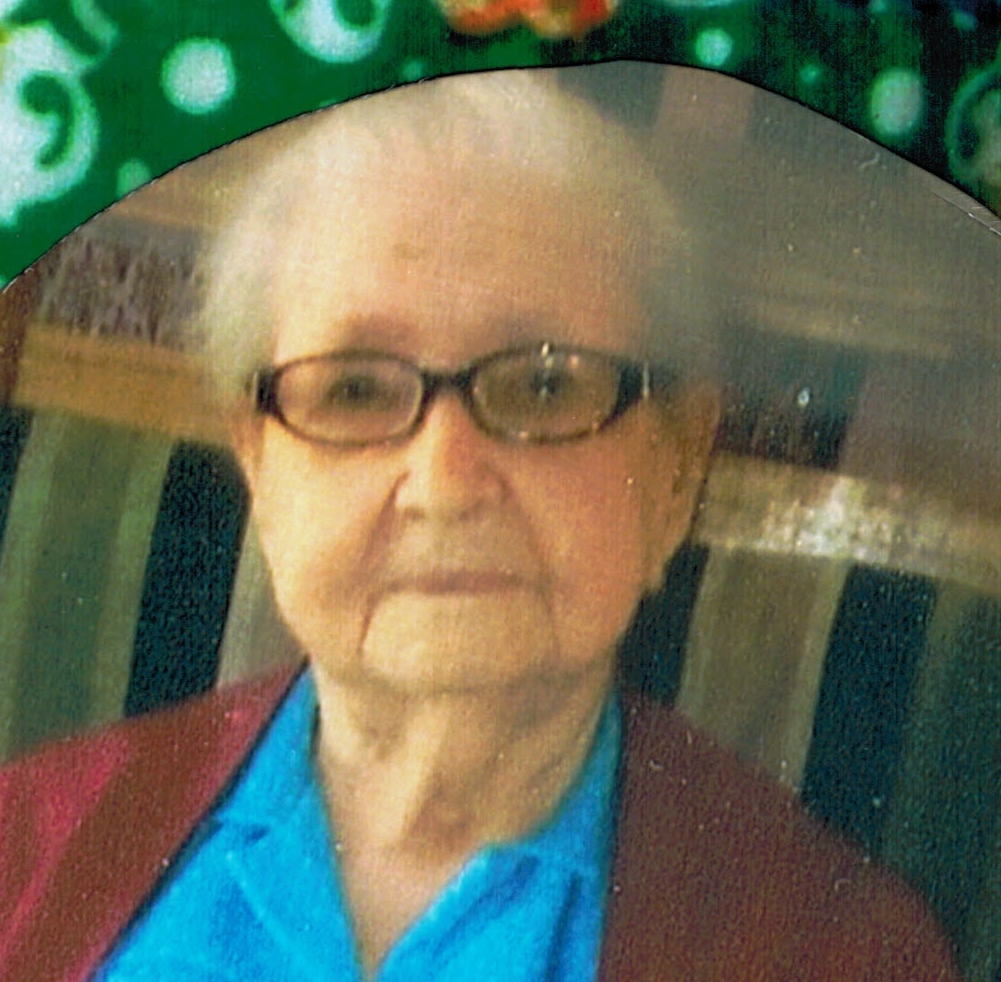 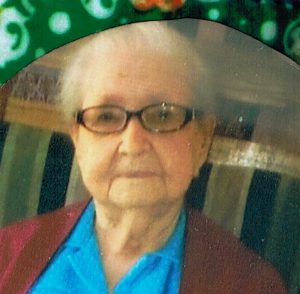 She was born the daughter of George and Lillie (Harbison) Snodgrass on March 22, 1912 in Scotland County, near Downing.

The Martins lived on a farm north of Memphis for many years.   He farmed and raised registered Black Angus cattle along with sheep.   Glen also sheared sheep over a large area of Scotland County.   Lena loved gardening and canning vegetables.  One year the tomatoes did so well that she canned over 100 quarts of tomatoes and tomato juice.   This was done on an oil cook stove.   She also loved raising chickens for frying and eggs.

They moved to Memphis when Glen’s health began to fail.  Lena missed her life on the farm, but began making quilts to pass the time.  She later began making lap robes of the crazy quilt pattern and everybody wanted one.   She was going to put a border and binding on one to be used as a baby quilt but passed away before getting it finished.   She made 67 lap robes in five years.

Lena lived in the Scotland County Residential Care Facility for two years after breaking her arm.   There she took therapy to restore her balance and made lots of friends with the residents and their families, including one special friend – Frances Jane Craig – who invited her to have popcorn every Saturday evening.   She mentioned it to friends and family how much she enjoyed that each week.

Memorials are suggested to the Barker Cemetery, Campground Cemetery or Hospice of Northeast Missouri and can be left at or mailed to the Gerth Funeral Service, 115 S. Main, Memphis, MO 63555.

Condolences may be sent to Mrs. Martin’s family by signing the online register at gerthfuneralservice.com.