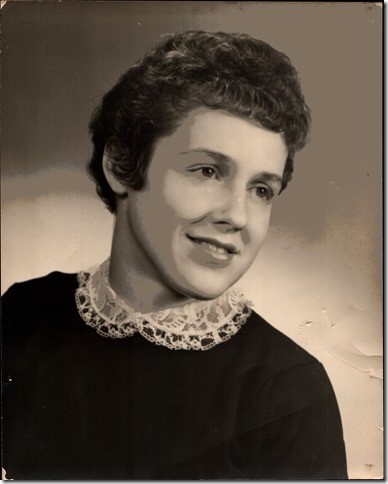 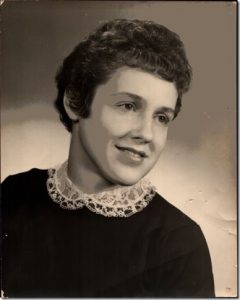 Barbara was born October 9, 1942 in Fort Madison, IA, a daughter of Clark E. and Velma I. Koontz Whitehead.

She was married to Randy Peterson and they were the parents of four children.

She was preceded in death by her parents; a sister, Betty Sedillo; and brother-in-law, Eddie Brewer.

Barbara was a 1960 graduate of Wyaconda High School and a member of the basketball team.

She was a 32 year employee of Dean’s Food in Dixon, IL where she was a member of the Quality Control team.  She was good at her job and took her work seriously.  She was of the Jehovah’s Witness faith.

Barbara had a wonderful sense of style when it came to coordinating.  Beginning with her clothing and many shoes which always had to match,  planning weddings and interior  decorating, and all the way down to her abundant garden surrounded by flowers –  colors and fashion all mattered to her.  She loved animals, especially dogs and particularly her dog, Daisy.  Her family always came first to her and she spent special vacations with each of them.  They were the true work of her design.

Memorial services for Barbara were Thursday, July 21, 2016 at 11 a.m. at Wilson Funeral Home in Kahoka.   Words of comfort were provided by her nieces, Teresa Carter, Tonya Brooks and Terri Williams.   Special music was : “In the Garden” by Teresa Carter and recordings “I Did it My Way” and “I’ll Fly Away”.   Inurnment will be at a later date in the Wyaconda Cemetery.

Visitation was held at Wilson Funeral Home after 9 a.m. Thursday with family receiving friends from 10 to 11 a.m.  Memorials were suggested to the Wyaconda Cemetery.