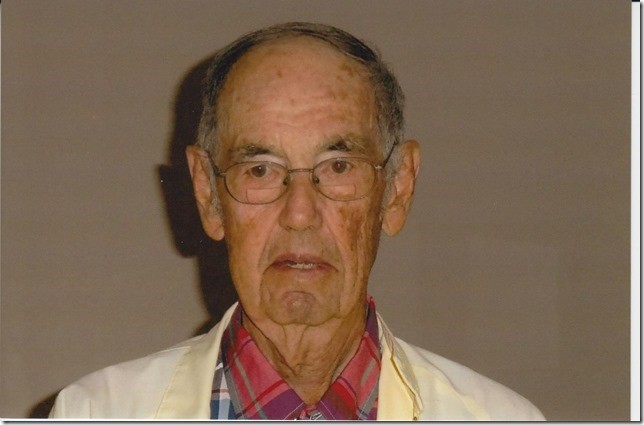 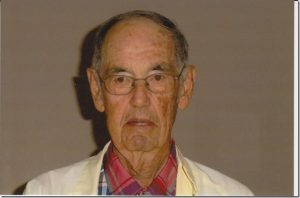 Bill was born January 26, 1929 at home in Lewis County, MO, a son of Russell M. and Cecilia Logsdon Riney.

On March 19, 1951 he was united in marriage to Emmajean Buschling in Kahoka.

He was preceded in death by his parents; a sister, Mary Darlene Stevens; and brothers-in–law: Ross Apple, George Buschling and Asa “Brody” Stevens.

He returned home where he farmed part time, sold insurance and owned Riney’s Grocery Story in Wayland in the 1970s and 1980s.   He retired from Hubingers in 1991.

Following his retirement, he and Emmajean made their home in Punta Gorda.  He attended Sacred Heart Catholic Church in Punta Gorda and was a life-long member of St. Martha’s Catholic Church in Wayland.   He loved the weather in Florida and would sit outside and watch the ducks and fish in the neighboring pond.  As his health declined, he would sit outside all day pulling weeds with his pliers.  His love of farming and of the outdoors was shared through these experiences.    His family were his greatest blessing and he loved being with them.

A Mass of Christian Burial will be held Saturday, July 30, 2016 at 10 a.m. at St. Martha’s Catholic Church in Wayland, MO with Father Christopher Aubuchon officiating assisted by Pastoral Administrator, Kristen Roth.  Organist will be Bonnilyn Neyens with selections “Be Not Afraid”, “Shepherd Me”, “Amazing Grace”, “Here I am, Lord”, “Song of Farewell”, and “How Great Thou Art”.  Altar servers will be Ian and Julianna Riney and lector, Cheryl Buschling.  Ed Riney and Pat Winters will be gift bearers and Haydee Meier and Cheryl Buschling, communion ministers.  Pallbearers will be Thaddeus Huff, Natasha and Jaina Peterson.

Inurnment with military rites will follow in the Kahoka Cemetery.

Visitation will be held from 9 a.m. on Saturday until time of services at 10 a.m.

Memorials are suggested to the Ladies Auxiliary of St. Martha’s in Wayland.

Wilson Funeral Home in Kahoka has been entrusted with the services.