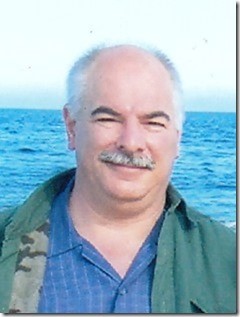 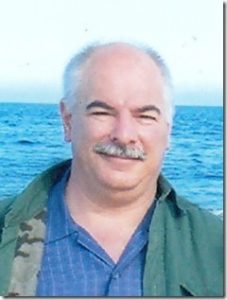 James N. Neves, age 55, of Kahoka, MO, perished Friday, July 29, 2016 together with his fiancé, Martha Lapsley, in a tragic house fire that destroyed his home.

He was married to Becky Batchelor and two children were born to this union, Brian and Emily.

He was preceded in death by his grandparents Herman and Molley Neves and Lavern and Velma Nichols; uncles, Charles and Joe Neves; and aunt, Henrietta White.

James was a 1979 graduate of Clark County R-1 High School and of Indian Hills in Ottumwa.  He also received continuous training through his job with RF Technologies.  James began his career with Quintron in Quincy.  His experience led him to Channel Master in North Carolina and then to Glenayre Technologies in Quincy.  Later as an employee of Advanced RF Communications based out of Quincy he received some of his greatest accomplishments setting up paging systems in hospitals in the State of Washington, in Los Alamos, NM at the nuclear testing site, and then in Malta.  His achievements continued through the creation of JB Services which he ran out of his home as an independent electric/telecommunications engineer.  Many of his jobs continued through RF Communications.  He was the former network administrator/senior engineer for Kahoka Communications and worked a period at Siemens and then at Roquette.     He was a co-founder together with his then wife, Becky, of the former Inside-Out Greenhouse and Floral Design in Kahoka.

James was a member of the Kahoka United Methodist Church, a former Boy Scout leader and Eagle Scout.  He was also Chairman of the Kahoka A.A.

James was a good cook who could cook anything his mother could, only better.  He was an avid gardener and grew his own special peppers which he would use in his creations.  He had a fantastic salsa recipe which he had perfected and his own signature recipe for baked beans which was requested at all family gatherings and reunions.  He loved playing his guitar, camping, artifact hunting, and fishing.  He had a wonderful sense of humor and was an excellent joke teller.  He was interested in everything and could do anything.   He would give away the shirt off of his back and then cook breakfast for you.  More than anything, he loved his family and especially his grandkids, Devon, Elizabeth and Donovan.

Memorial services will held Thursday, August 4, 2016 at 10:00 a.m. at Wilson Funeral Home in Kahoka with Pastor Barb Hagerla officiating.   Inurnment will follow in the Sand Cemetery in St. Francisville.

Friends may call at Wilson Funeral Home 9 a.m. on Wednesday with family receiving friends from 6-8 p.m.

A memorial will be designated at a later date.