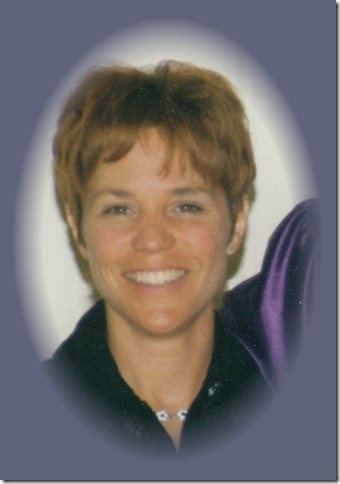 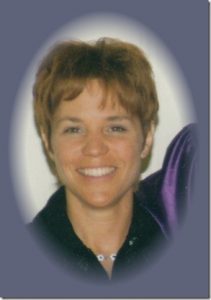 Martha Ellen Lapsley, age 57, of Kahoka, MO, passed away on Friday, July 29, 2016 in a tragic fire that also took the life of her fiancé, James Neves and her beloved support dog, Baby.

Martha was born on January 14, 1959 in Kirksville, MO, the fourth child born to  Robert James Lapsley and Jill Leathers Lapsley.   Martha had a large immediate family with twelve brothers and sisters.

She was preceded in death by her father on December 1, 1980; her grandparents, Marshall and Ada Paden Lapsley and Gerald and Leantha Rice Dawkins; and a niece, Sydney Owens (daughter of Karen Lapsley Owens).

As a youth, Martha was baptized at the old Christian Church in Kahoka and graduated from Clark County R-1 High School with the class of 1977.

Martha was a creative and fun-loving person.  People were attracted to her because of her personality and the excitement she added to any gathering.   She loved decorating her home, caring for her garden, and entertaining family and friends.  Christmas was special and she celebrated by decking the house from top to bottom.   She had an art for scrapbooking and was a collector of Snow Babies, Precious Moments, and an avid antique shopper.  She was the typical “dance mom” and had groomed her daughters to be dancers.  Like her mother, Martha was an excellent seamstress and made beautiful recital clothing for her daughters, Halloween costumes, and made sure her children were always well dressed.

Martha suffered with struggles of addiction that impacted her life.  She worked hard every day to manage the addictions.  However, through it all she never lost her humor. She loved her children dearly, she loved her siblings and extended family, and always appreciated the love and support they provided to her in their quest to help.

Funeral services will be held Friday, August 5, 2016 at 10 a.m. at Wilson Funeral Home in Kahoka with Pastor Shawn McAfee.  Burial will follow in the Kahoka Cemetery.

Friends may call at Wilson Funeral Home after 9 a.m. Thursday with family receiving friends from 5-7 p.m.

If anyone would like to make a memorial in Martha’s honor, the family recommends doing so for the Clark County Ambulance District.