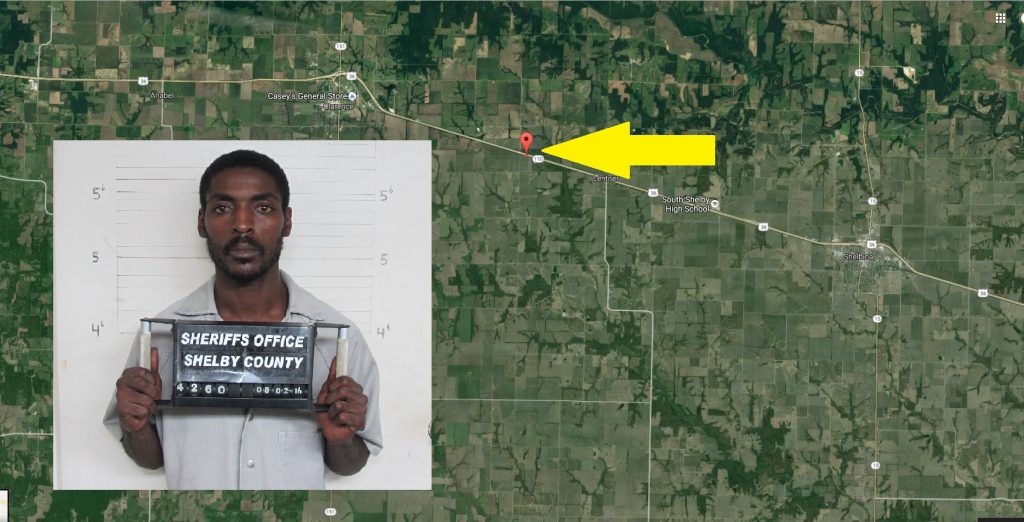 According to a statement released by the Shelby County Sheriff’s Office, Shelby County 911 had a report at 5:51 p.m., Tuesday, August 2, 2016 about a two car accident.

James C. Racich, 31 of Munster, IN, was taken to Hannibal Regional Medical Center with minor injuries. He was driving a 2000 Ford Ranger. The vehicle was totaled.

The second vehicle involved was 2000 Chevrolet Trailblazer, which had extensive damage.

Roderick D. Strong, 31 of Kansas City, MO, and two other passengers fled from the accident scene heading south into a field. All three were apprehended shortly after they ran.

The crash report stated Strong was traveling east on U.S. Highway 36 and struck Racich in the rear. Strong came to a rest in the median. Racich crossed the westbound lanes and came to rest in a field north of the westbound lanes.

According to a representative of SCSO, none of the suspects were armed. Strong was taken into custody at 6:54 p.m. 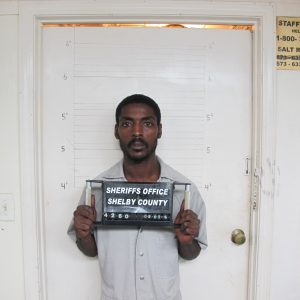 Strong is being held in the Shelby County Jail for felony driving while suspended, felony leaving the scene of an accident, careless and imprudent driving, possession of up to 35 grams of marijuana, possession of drug paraphernalia, and no seat belt. He was placed on a 24-hour hold.

A criminal charge is merely an allegation. Roderick Strong is presumed innocent until proven guilty in court.