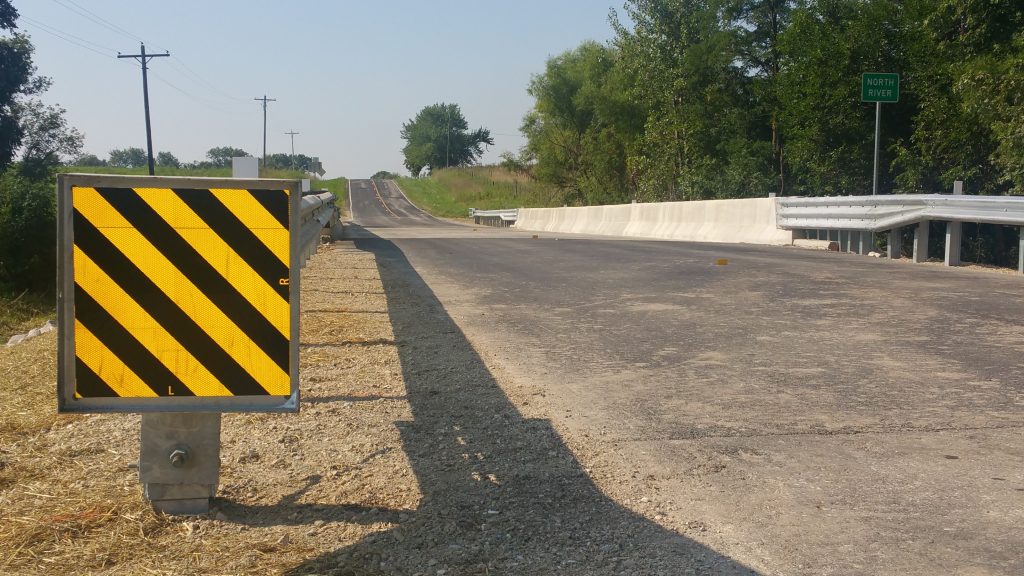 According to the Knox County Western District Commissioner, Roger Parton, the new bridge on State Highway 151, just south of the Highway 15 junction in southern Knox County, officially opened to traffic at 1:50 p.m. on Tuesday, August 9, 2016.

The bridge was officially closed for replacement by the Missouri Department of Transportation (MoDOT) on June 6, 2016, with an expected construction period of 70 days. The project, from the time the old bridge was closed to the time the new bridge was opened, took 65 days.

According to information released by MoDOT, the new bridge is 24-feet wide, which is four feet wider than the old bridge.

Boone Construction of Columbia, Missouri was awarded the contract to construct the new bridge at a cost of ­­­$469,762.

The following video was recorded by Echo Menges for The Edina Sentinel on Wednesday morning, August 10, 2016.