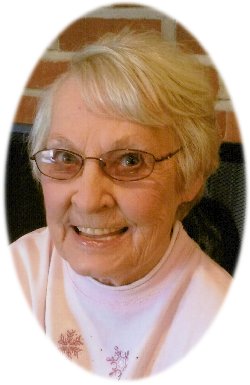 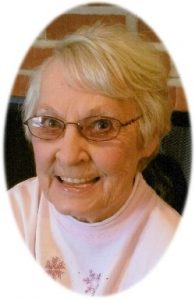 Martha Adeline “Addie” Davis, 84, of Edina, Missouri, passed away Monday, August 15, 2016, at her residence surrounded by family. Addie was born on October 15, 1931, near Edina, Missouri, the daughter of Lawrence Seymore and Florence Rourke Binkley. She attended Glendale Rural School and St. Joseph School.

On June 17, 1949, in Knox City, Missouri, Addie married Glennon “Ray” Davis and they settled in Edina to make their home. She worked many years at the Burnham Manufacturing “the Glove Factory” as a supervisor in the packing and shipping department and served as president of the union. She also worked for the LaBelle Nutrition Site, Sale Barn Café, Northeast Community Action Agency and Head Start before retiring.

A Funeral Mass will be officiated by Father Colin Franklin with music provided by Jim and Kyle Clark and Beth Frye will be at 10 a.m. Saturday, August 20, 2016, at the St. Joseph Catholic Church in Edina, Missouri. Visitation will be after 2:00 p.m. with the family receiving friends from 6:00 to 8:00 p.m. at the Doss Funeral Home in Edina, Missouri, with a Christian Prayer Service at 5:00 p.m. on Friday. Burial will be in the Park View Memorial Cemetery in Kirksville, Missouri. Pall Bearers will be Bruce Mason, Kim Mason, Tom Mason, Chris Fountain, Jeremy Hunerkoch, and Ryan Mason, along with Honorary Bearers, Katrina Hunerkoch, LaDonna Sears Thomas, Tileana Combs, Tara Schrage and Teri Mason.

An expression of sympathy in memory of Addie Davis may be left to the Charity of the Donor’s Choice. A memorial may be left at or mailed to the Doss Funeral Home 208 N. 4th Street, Edina, Missouri 63537.