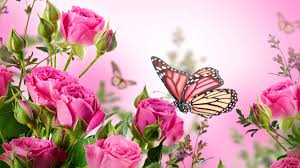 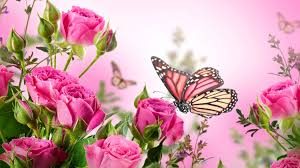 Kathleen Ann Booth, 38, of Clarksville, Missouri, passed away Sunday, August 21, 2016 at Barnes-Jewish Hospital in St. Louis, Missouri.  Kathleen was the daughter of Fred and Eileen Kinsel, born on October 23, 1977, in Quincy, Illinois.

She was united in marriage to Jeremy Lee Booth on November 23, 2002 at the St. Joseph Catholic Church in Louisiana, Missouri.

She was preceded in death by her parents, Fred and Eileen Kinsel of Edina, Missouri, and one brother, Ronald Kinsel of Rocheport, Missouri.

Surviving are her husband, Jeremy Booth and children, Jillian and Corbin Booth of the home; four brothers and their families, Randy and Melody Kinsel of Rogers, Arkansas, and their daughter, Kristy Kinsel of Mason, Ohio, James and Brenda Kinsel and their son, Alex Kinsel of Maywood, Missouri, and their daughter, Hillary Burks and husband, Brian of Columbia, Missouri, Barry and Bonnie Kinsel of Hannibal, Missouri, and their children, Jordan, Jamie, Will, Bill, Josh and Ben, and Stephen Kinsel of Frisco, Texas; her father-in-law and mother in-law, John and Carolyn Schmidt of Clarksville, Missouri; and one brother in-law, Tim Booth and fiancée, Heather Barber of Louisiana, Missouri.

Kathleen grew up in Edina, MO, where she received her education at St. Joseph Catholic School and graduated from Knox County High School in 1996. Kathleen graduated with honors from the University of Missouri-Columbia with a Bachelor’s Degree in Early Childhood Education and Elementary Education in December of 2000. She started her teaching career in Louisiana, Missouri. in December of 2000, and had worked for Louisiana Elementary School in many capacities. Along with teaching, she had currently worked as Elementary School Counselor, a position that she held for 6 years.

Kathleen was a self-sacrificing mother who deeply loved and cherished her children. She was a faithful and loyal wife who brought great joy and pride to her husband. Kathleen was just like her mother in always putting the needs of someone else ahead of her own. She had a huge open heart and was a great and wonderful listener. Her insight was admired by many, and is something that will be greatly missed by her family and friends. Anyone that knew Kathleen knew that she was a hardworking and dedicated wife, mother, and friend to so many.